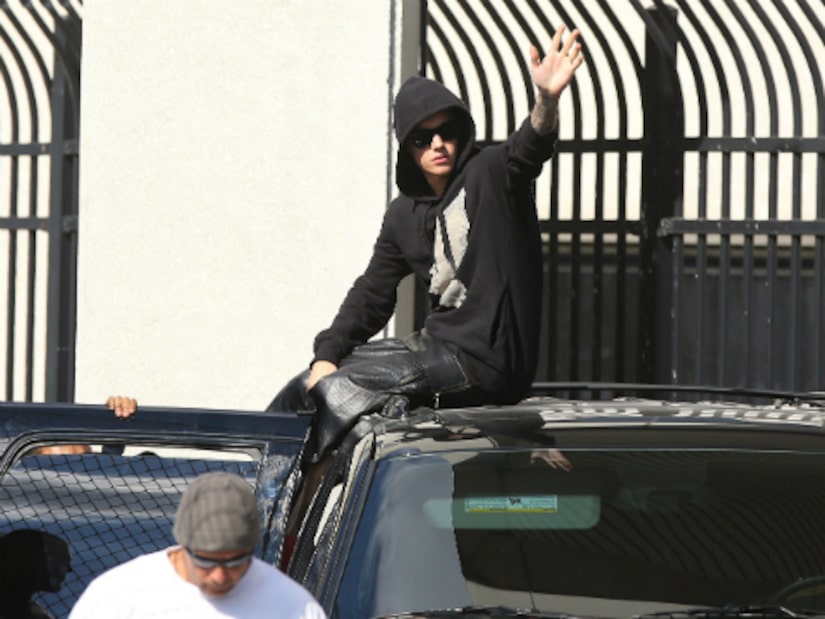 As soon as news hit that Justin Bieber was arrested Thursday morning, the Twitterverse lit up with reactions… it seemed everyone had a joke or a meme to share about the wayward teen idol. Then the late-night hosts had their turn, and it wasn't pretty.

While Bieber's mom and ex-girlfriend Selena Gomez are reportedly “worried sick” about the singer, the rest of Hollywood is having their fun.

Here are our favorite reactions, from the wildly funny to the incredibly supportive:

Zach Braff: “Who amongst us hasn't drag-raced a Lambo in Miami on pills? #FreeBieber.”

Seth Rogen: “All jokes aside, Justin Bieber is a piece of s**t.”

RuPaul: “Condragulations, your son is a woman! @RuPaulsDragRace Justin Bieber's official mugshot has been released.”

Condragulations, your son is a woman! @RuPaulsDragRace Justin Bieber's official mugshot has been released: pic.twitter.com/ZBLj5gSixM

Jimmy Kimmel: "Just when the streets are finally safe from Lindsay Lohan, Justin Bieber was arrested in Miami Beach early this morning... and he's in trouble with his grandparents for not stopping by to visit while he was in town,"

Jimmy Fallon: "He's facing a pretty stiff penalty. They're saying he could get up to two years of being his own neighbor, which is just awful. It's just awful. You don't want that.”

Lady Gaga: “We may not understand everything celebrities do because there's only so much we see, but Justin and Beliebers were 'born this way' too. Let's spread love and compassion to Beliebers today. That is what we are all about."

Ariana Grande: “we're all human and we all have great amounts of pressure on us. when someone's hurting, be there. we could all use a little more compassion.”

Scooter Braun: "@justinbieber love you and i will act in the manner of someone who truly cares. that is all I have to say. thanks for all those concerned.”

To see how Selena Gomez reacted to paparazzi questions about Justin, watch the video below (at the 5 minute mark):