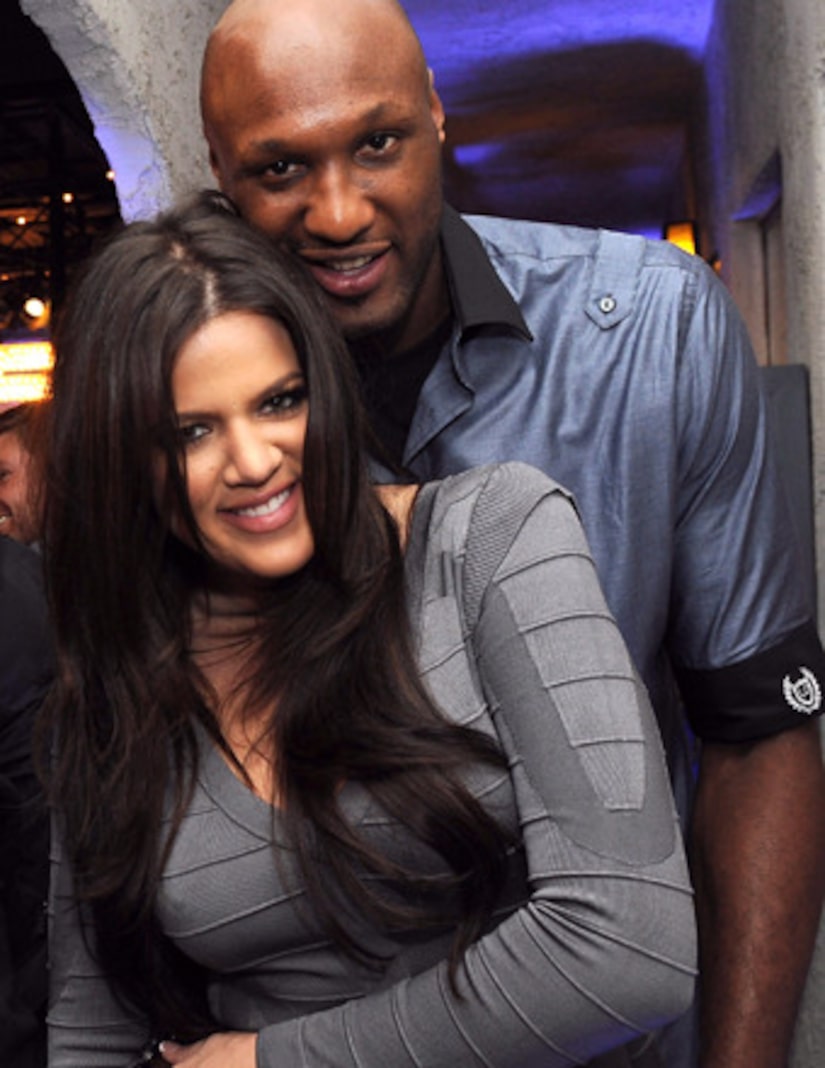 A possible divorce between Khloé Kardashian and Lamar Odom may get ugly… and expensive.

According to the National Enquirer, Odom is asking for $10 million and the return of Khloé 's engagement ring in exchange for ending their marriage and keeping mum about any info he has on the Kardashians.

A source told The Enquirer, “Kris and Khloé are very worried about Lamar... He knows all about their extreme surgery procedures -- when, how often and how much -- and the pressure put on the younger girls to follow suit.”

The source said, “Kris is insisting on a confidentiality agreement to ensure Lamar can never discuss his life with the Kardashians either in print or verbally,” and added Odom would not sign anything until the money was paid.

The troubled basketball player has been battling substance abuse and is reportedly in training to possibly rejoin the L.A. Clippers.