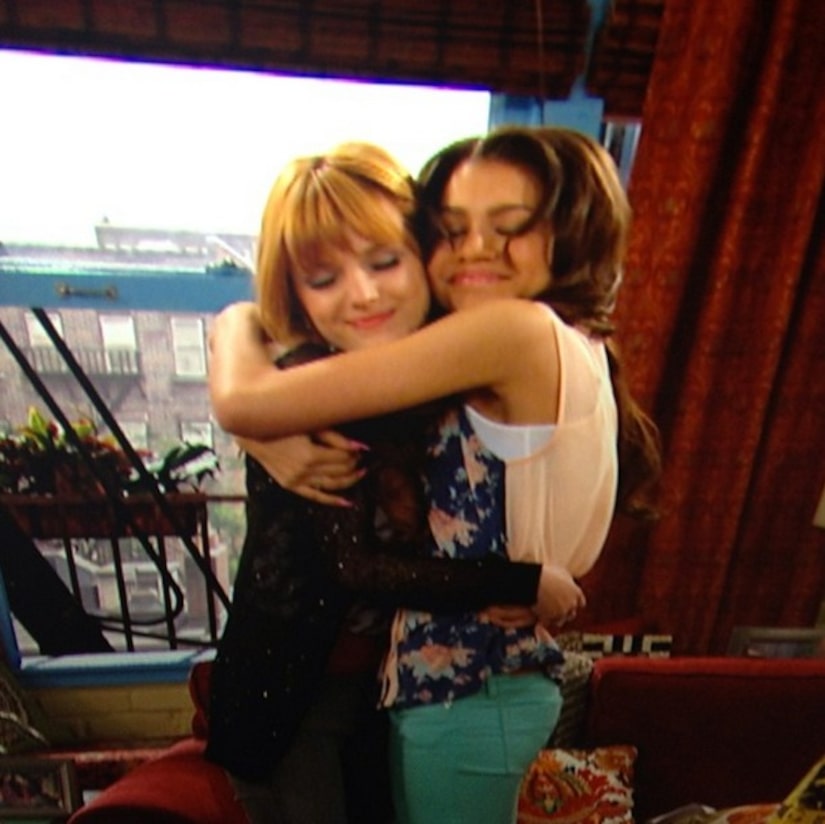 "Shake It Up" star Bella Thorne says goodbye to her first series with Disney as the show comes to an end. The show wraps its run after three seasons to prep for the debut of two new Disney series; "I Didn't Do It" and "Girl Meets World," reports Deadline.

On Sunday, Bella posted a pic of her and Zendeya on their last day of taping, with the caption, "Our last day on set and everyone hugged and cried... we didn't know it at the time that we would not return to that stage ever again."

What's next for Bella? She has a three-book deal with Random House and a Hollywood Records deal. Not only that, but she's currently filming alongside Kyra Sedgewick as the leads in the thriller film "Big Sky."

As one chapter ends, another one begins, and from the looks of it, this chapter is going to be a big one for Bella!