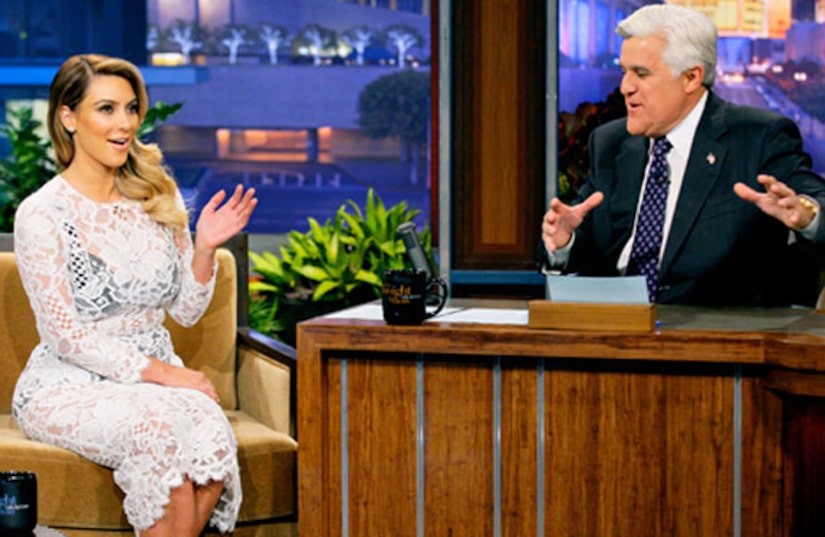 She endured months of fat-shaming during her pregnancy, and now Kim Kardashian is getting the last laugh by flaunting her 50-pound weight loss.

The reality star, who has been on the Atkins diet, left little to the imagination when she appeared on “The Tonight Show with Jay Leno” in a see-through white lace dress over a black bra and hot pants.

During the interview with Leno, Kim revealed that the nasty tabloid stories about her weight changed her.

“It really hurt my soul,” the new mom said. “It changed how I am in public. I've tried to live a more of a private life,” noting that she was never "in hiding" after baby North was born, she just simply needed a break from the scrutiny.

"I want [Kanye] to have whatever he wants," she told Leno, adding that "someplace Parisian" might be nice. They are already thinking about tying the knot next summer, but haven't had a chance to “sit down and talk about it.”

As for her last name, "It'll definitely be West," she said. "My daughter's name is West, and we're a family."

Kim, however, will keep Kardashian as her middle name.

The 33-year-old swooned over her 4-month-old daughter, calling “Nori” the “perfect little angel.”

“I hope she grows up to be smart and opinionated like her dad,” she said.