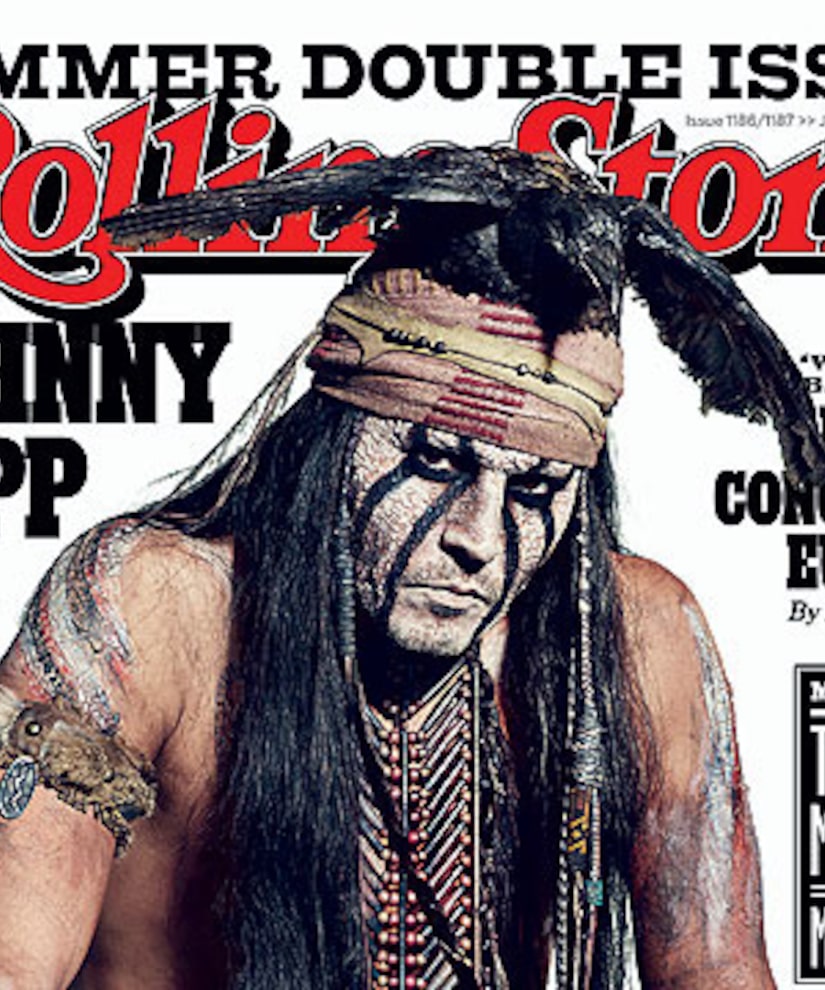 Depp explained to the mag, “The last couple years have been a bit bumpy. At times, certainly unpleasant, but that's the nature of breakups, I guess, especially when there are kiddies involved.”

The actor also admitted he hasn't had a drink in about a year and a half. “I just decided that I pretty much got everything I could get out of it,” he says. “I investigated wine and spirits thoroughly, and they certainly investigated me as well, and we found out that we got along beautifully, but maybe too well.”

Smoking is another matter. Depp replied, “Literally, the nicotine hits you and you're back. If you're a cigarette smoker, a serious smoker, then you're a junkie. You're a junkie to that drug.”

To read the full interview, pick up the issue, out July 4, and check out “The Lone Ranger” when it rides into theaters July 3.