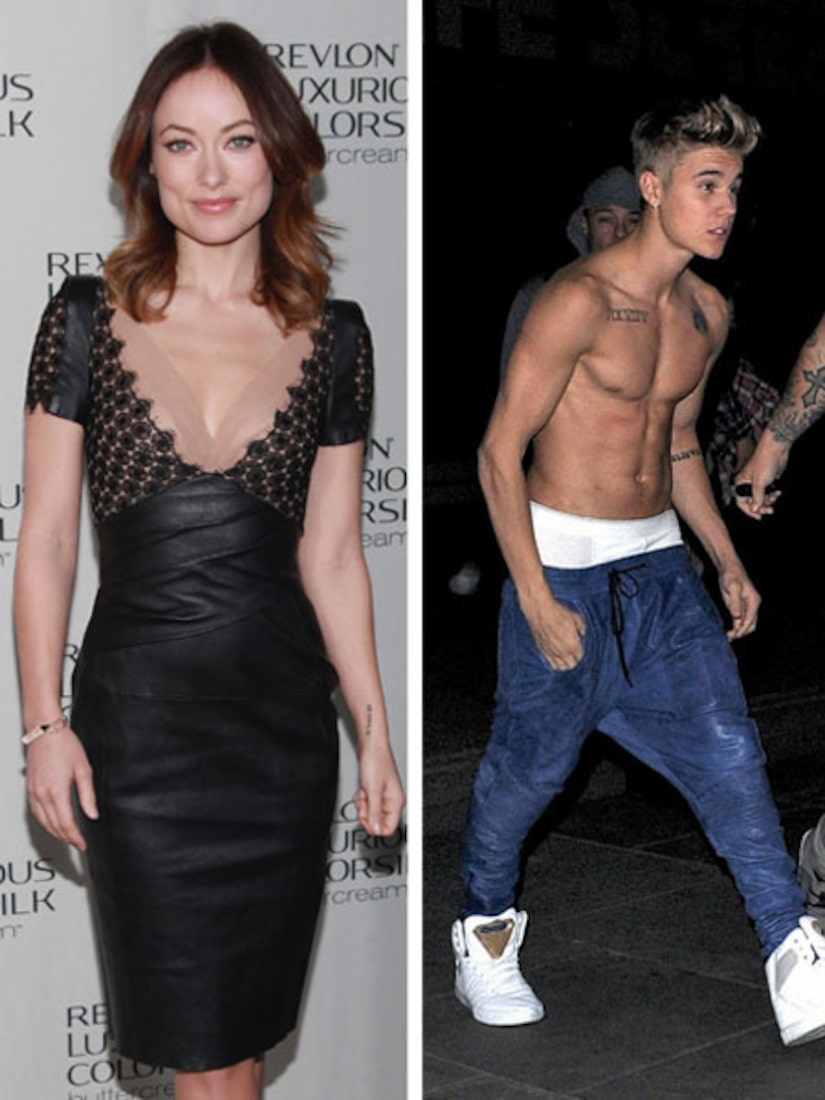 "People Like Us" actress Olivia Wilde gave 19-year-old Justin Bieber a piece of her mind Friday, tweeting, "Bieber, put your f--king shirt on. (unless you lost all your shirts in a fire in which case my condolences and please purchase a new shirt)."

Wilde's comment came after a series of pictures of the "Beauty and a Beat" singer parading around Birmingham, England with his pecs out and pants down.

The shirtless star celebrated his birthday Friday night at London's Cirque de Soir, where he and his entourage were asked to leave after several members of his party looked underage.

Bieber later slammed the club for putting the kibosh on his birthday bash, saying, "The funny moment when people believe I brought underage people to a club. i said m 'worst bday' but that was due to dummies pushing over my fans and being overly aggressive. Btw it wasn't the worst bday cuz all my friends from back home flew in I was just mad in the moment."