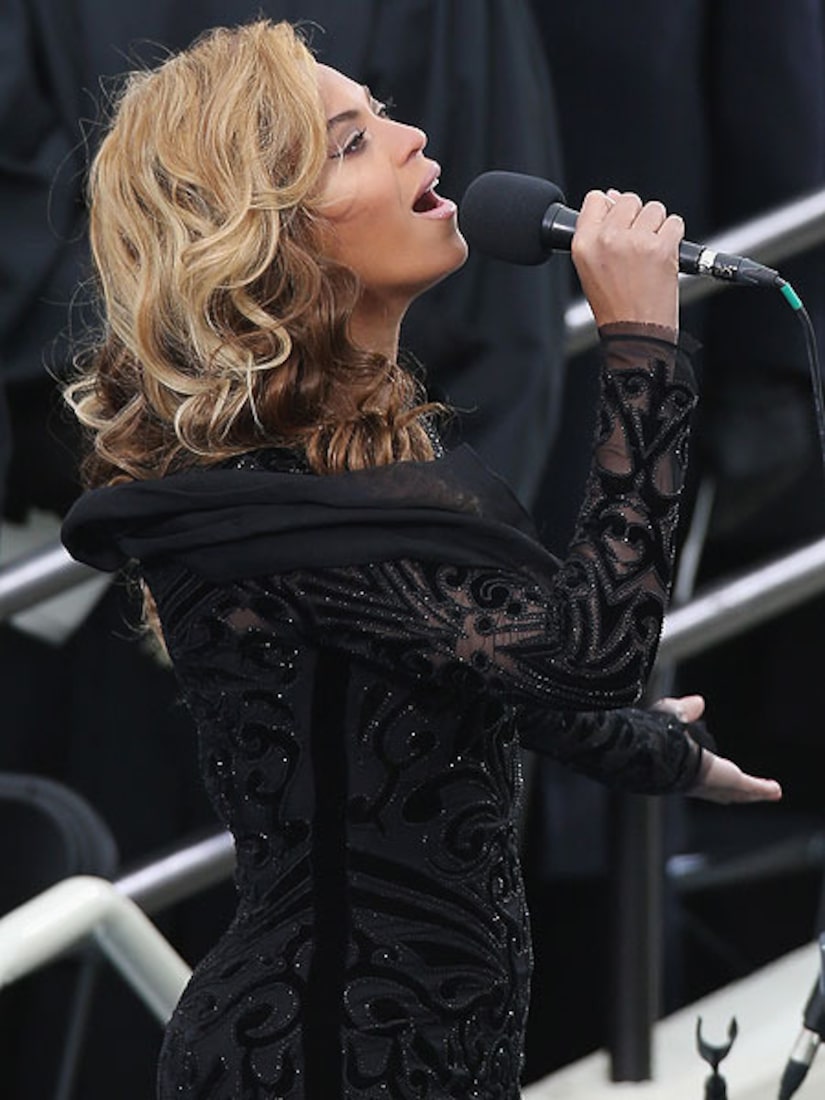 Did Beyoncé lipsynch the National Anthem at President Obama's Inauguration ceremony on Monday? The backlash is hitting a fever pitch, one day after the Marine Corps Band claimed Bey sang along with a prerecorded track.

The band is even backtracking, releasing a statement to the Washington Post, saying, “No one in the Marine Band is in a position to assess whether it was live or pre-recorded.”

So far, the “Single Ladies” singer isn't responding to the brouhaha, and Hollywood is already over the whole thing.

Katy Perry told reporters, “She didn't lipsynch,” while Piers Morgan tweeted, “Half the world's starving folks, get over it.”

Anderson Cooper reacted with a “big star-spangled so what???”

Jennifer Lopez reminded Jon Stewart that this isn't the first time the “Star Spangled Banner” has supposedly been lipsynched, pointing out that Whitney Houston's famous Super Bowl rendition was pre-recorded in 1991 (Houston's former music director Ricky Minor confirmed the rumor to ABC News after her death).

While much of the focus is on Beyoncé's performance, Lady Gaga has also been in the spotlight. The “Born this Way” singer invaded D.C. Tuesday night with Tony Bennett for the President's inaugural staff ball. Michelle Obama wowed the crowd once again with her First Lady fashion, this time dazzling in a retro sequined tunic.

One person absent from the Inaugural celebrations… Oprah. Best friend Gayle King, however, says rumors of a rift between President Obama and Oprah are “not true.”