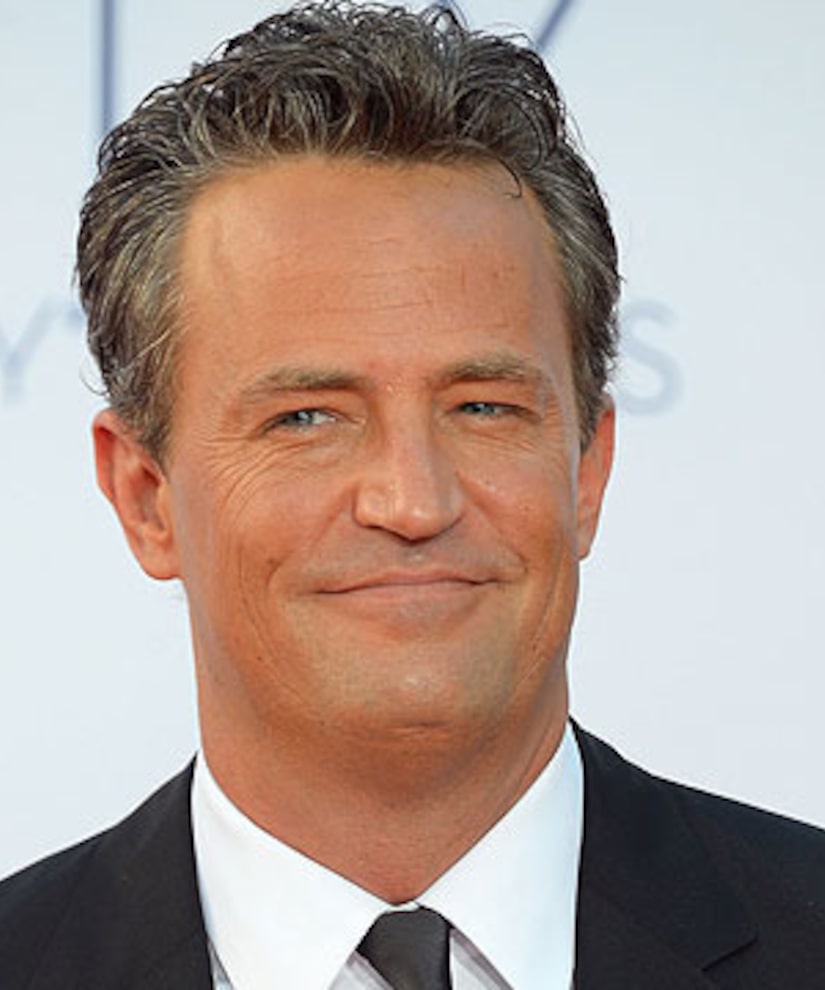 TV star Matthew Perry stopped by The Grove to talk with “Extra’s” Mario Lopez about his new NBC show, “Go On,” in which he plays a widower who begrudgingly attends mandatory group therapy sessions.

Matthew revealed, “I’ve spent some time talking about problems in circles, so I didn’t have to do a lot of research.”

Perry also talked about some of the celebrity guests who might make an appearance on the show, like David Beckham. “I hope so. I asked him to be on the show and he said yes. But maybe he was just being polite.”

Mario asked whether Matthew stays in touch with his former "Friends" castmates. “We keep in contact, but we don't meet every day in a coffee house. I think some people like to think that.”