Taylor Swift has a message for her ex-boyfriend: “We Are Never Ever Getting Back Together.” She's not kidding around, Swift even used the choice words as the title for her new song.

The country starlet, who remains mum on the ex's identity, shared the song (now available for download) with fans during a live web chat. She jokingly described it as “really touching and sensitive” and “really romantic.” Swift played the new song while chair-dancing and lip syncing along with fans who joined her for the chat.

During a recent interview with "Nightline" anchor Cynthia McFadden, Taylor said, “Writing 'We Are Never Ever Getting Back Together' was one of the most hilarious experiences I have ever had in the studio because it just happened so naturally."

Taylor added, “Max says, 'This is what we're writing. We're writing this song,' and I picked up the guitar and just started singing, 'We are never...' It just happened so fast. It was so much fun.”

The Grammy winner is not just publicly skewering one ex-boyfriend, she's got a whole album full of breakup tunes going on sale Oct. 22. “Red” covers the gamut of emotions she's felt in recent years.

"They're all pretty much about the kind of tumultuous, crazy, insane, intense, semi-toxic relationships that I've experienced in the last two years," Swift said. 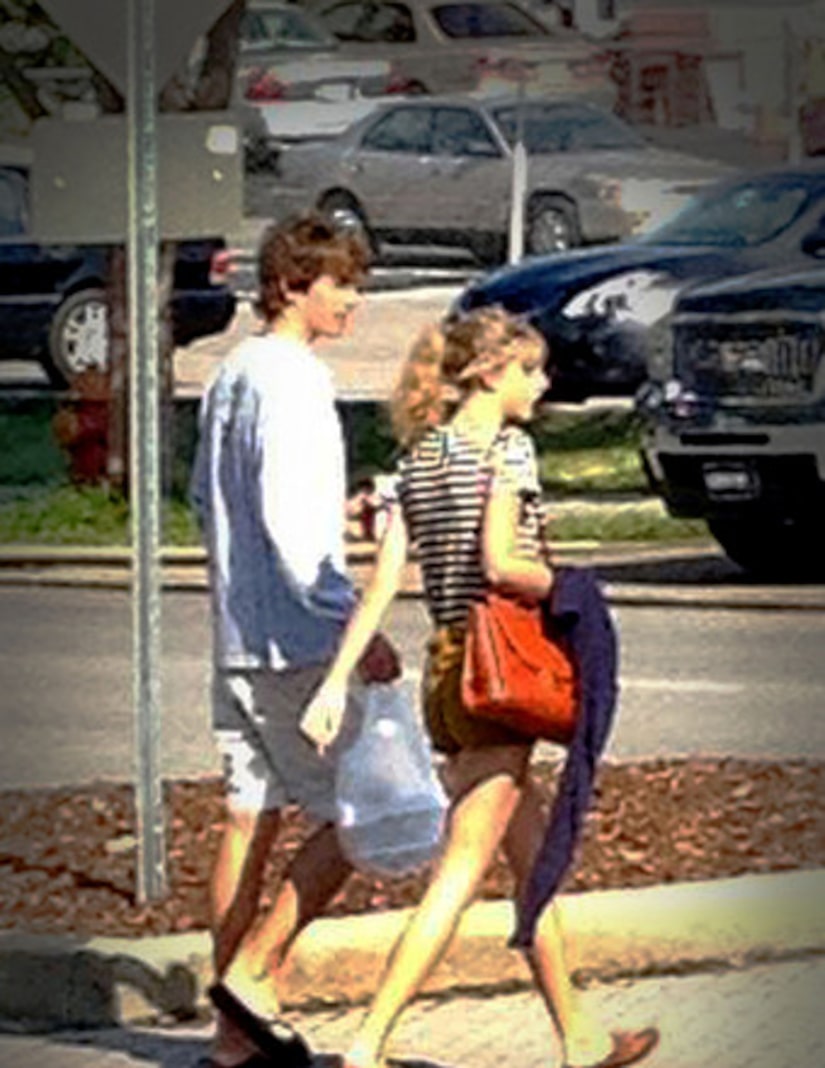 The 22-year-old isn't completely ruling out love. She's reportedly dating Conor Kennedy, son of Robert F. Kennedy and the late Mary Kennedy, and the relationship could be getting serious. Swift purchased a $4.9-million Cape Cod beach house near the Kennedys' Hyannis compound. She was also spotted at the estate on Sunday sporting a classic navy polka dot bikini and playing soccer with the Kennedy family, reports the Daily Mail.

The songstress also took Conor, 18, to Nashville in August to meet her parents, Scott and Andrea.

Us Weekly reports that Taylor was a shoulder to cry on when Conor's mother committed suicide in May.