"Extra" was there to capture all the backstage moments at the 2011 American Music Awards at the Nokia Theatre, and Jennifer Lopez, who won for favorite Latin Music Artist, declared, "Tonight was great!" Lopez addressed the rumor that she might record a duet with Justin Bieber, saying, "Really? Wow, okay, I didn't know that. That's so sweet. Yeah, that would be awesome."

Lopez performed with the FIAT 500 car, singing "Papi," which is the same song that is played in her commercials for the brand. Lopez sang and danced, stripping off layers of her costume, and ended up in a nude bodysuit with her crew of dancers on stilts. Lopez explained, "Whenever I go out and perform, I just kind of think big." 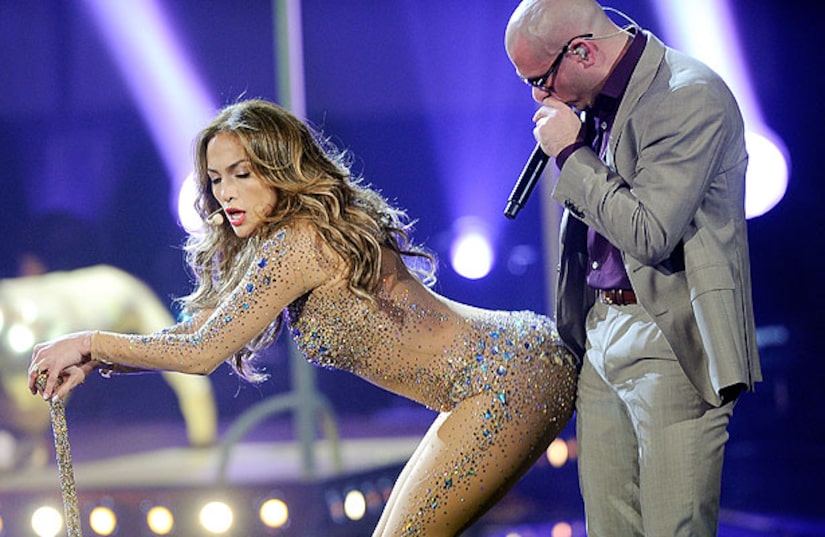 Winning Artist of the Year for the second time, as well as favorite Country Female Artist, Taylor Swift beamed backstage, telling "Extra's" Renee Bargh, "Crazy night! I'm so excited! I can't believe the way this went tonight. It was just such a shock and so amazing." Swift said after the show that she would be hopping on a plane "and flying to Madison Square Garden [to perform] two shows to finish our tour, so it's a wonderful way to celebrate."

Katy Perry, who took home a Special Achievement Award for five number one singles from her "Teenage Dream" album, broke news about taking "three months off just to like, breathe. Everyone's saying that I'm going to take a year off, and I'm like, I would kill myself if I had to take a year off!"

Here is the complete winner's list for the American Music Awards: