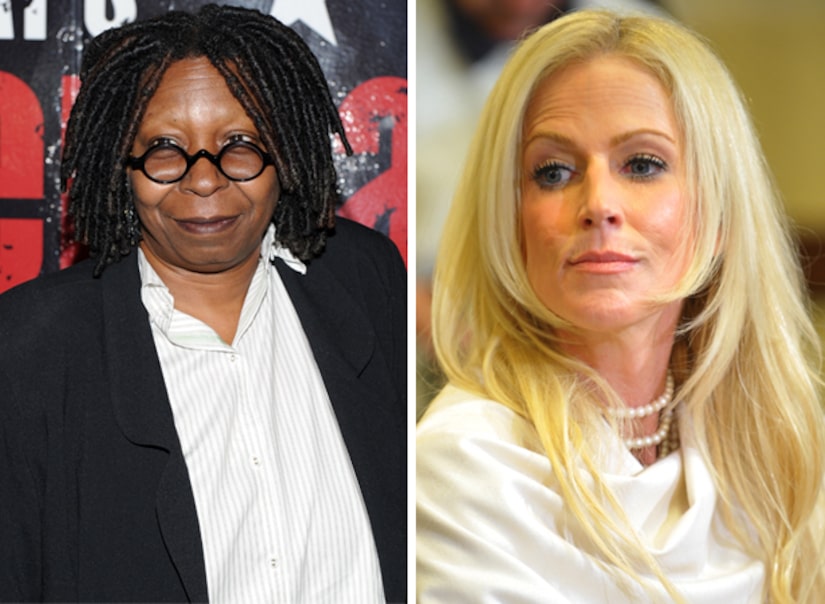 During Salahi's appearance, the women (minus Goldberg) were discussing the "The Housewives" when Whoopi came on the set and tapped Salahi, urging her to talk more about the night she and her husband crashed the White House State Dinner for India's Prime Minister Manmohan Singh.

ABC released a statement today saying, "At one point during Michaele Salahi's appearance on The View on Wednesday, Whoopi lightly touched Ms. Salahi to get her attention and said to her 'Excuse me, can you get back to the White House, please,' meaning could Ms. Salahi return to the original subject of the conversation. After the show, Ms. Salahi and her husband accused Whoopi of hitting Ms. Salahi. As the broadcast clearly shows, the accusation was completely unfounded and erroneous. After the show and after being told she was being accused of hitting Ms. Salahi, Whoopi proceeded to defend herself verbally from this baseless claim in a heated exchange with the Salahis."

Salahi's lawyer, Lisa Bloom, said that, "Backstage, Ms. Salahi was in tears. She told a show producer she was upset that Whoopi Goldberg had come up behind her and grabbed her arm. The producer went to get Ms. Goldberg, who then yelled a long series of profanities at Ms. Salahi (yelling the word "f**k" or "f**king" at her dozens of times in a loud voice), accusing her of accusing Ms. Goldberg of "hitting" her. Ms. Salahi said she'd never said that, got the producer back in the room, and the producer admitted that "hit" was her word, not Mrs. Salahi's. Ms. Goldberg continued to verbally berate Ms. Salahi, refused to apologize for her language or her on set behavior, and left the room."