Lindsay Lohan is facing the consequences. 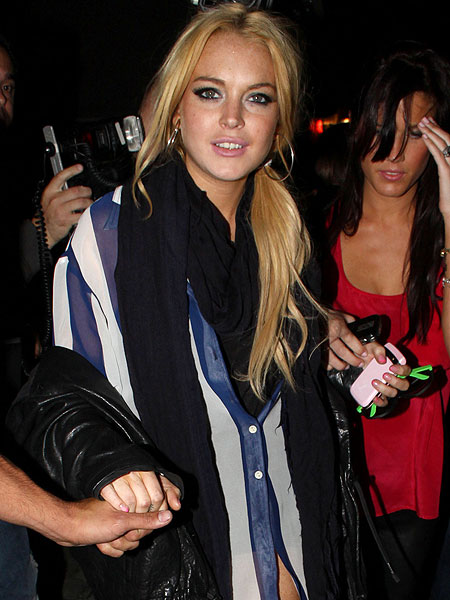 A bench warrant has just been issued for the arrest of actress, issued from Beverly Hills Superior Court Judge Marsha Revel, who said Lohan allegedly violated the conditions of her probation in a drunken driving case.

Lohan tweeted on Tuesday, "My scram wasn't set off-Its physically impossible considering I've nothing for it to go off-All of these false resports [sic] are absolutely wrong... i have never heard of any sort of "curfew" at all.. so this is all news to me... I always upload my scram."

If it is determined that Lohan has violated her probation in any way, she could face up to 180 days in jail.

The judge has scheduled a July 6 hearing to consider five misdemeanor charges that Lohan violated her probation.

UPDATE: TMZ has learned a bondsman has posted Lohan's $200,000 bail and the bench warrant has been recalled.