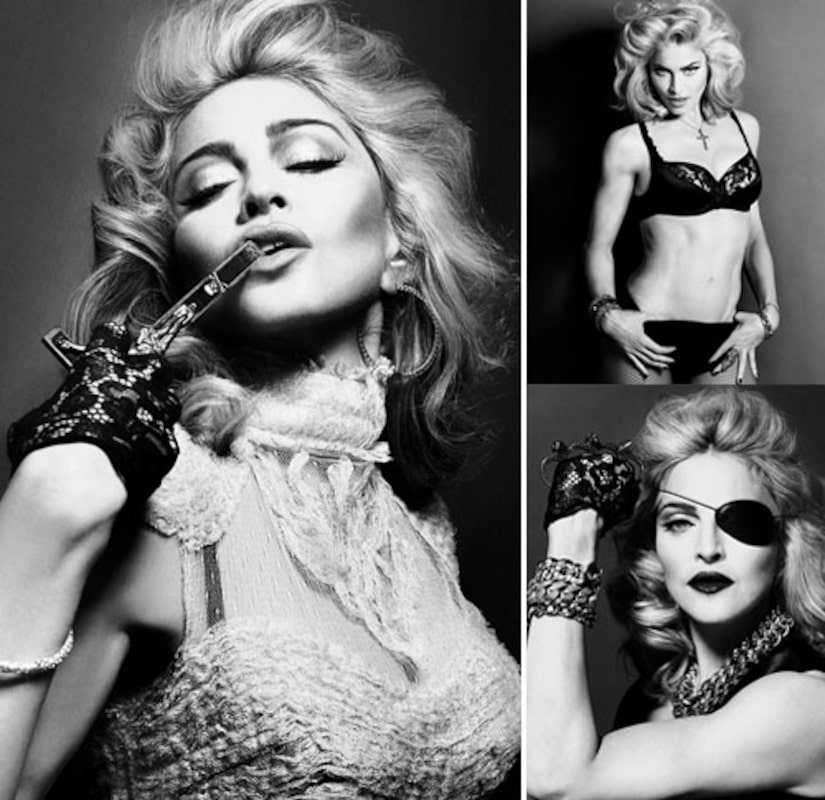 Posing in lingerie with a crucifix pressed to her lips, the Material Girl tells the magazine how she ended up getting signed.

"Seymour Stein is the person who signed me and gave me my first record deal, which was my only record deal. I stayed at Warner Bros. until five minutes ago. He listened to my demo. He was in the hospital, and he had me come in to visit him. He was hooked up to all these weird devices -- I don't know what was wrong with him. But he made me bring my boom box and play my music for him," Madonna says about getting a record deal.

You can check out Madonna's full interview and photo spread at Interview.com .