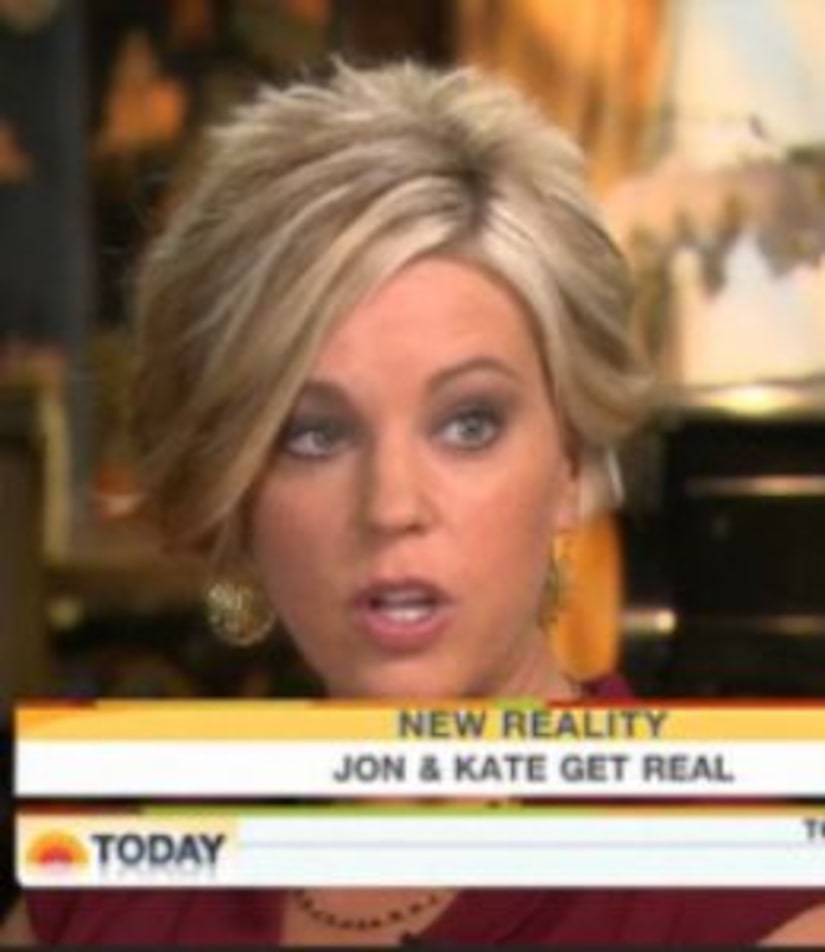 Kate Gosselin breaks down in tears when explaining her split from Jon in an interview with NBC's Natalie Morales to air Monday night on TLC.

"Things got really bad," Kate, 34, tells Morales in the "Kate: Her Story" special, adding that she wasn't even speaking to Jon "at times" as their marriage deteriorated.

On reports of infidelity, Kate says, "I remember thinking, 'We're not going to recover from this.'"

Kate admits she's "awake in the middle of the night, thinking, 'Am I making the best decision?'" for her eight kids.

She also says she tends "not to trust people" anymore.  Morales said on the "Today" show Monday morning that Kate will also discuss how her children are reacting to their parents' very public divorce battle.

"Some of the kids are starting to show sign of stress, becoming more introverted and shy," Morales told Meredith Vieira.

Morales says that Kate is "looking forward to 2010" when the divorce "is supposed to be finalized."

On Monday night's show, Kate will also deny that she had an affair with her bodyguard Steve Neild, as Jon has alleged, and will discuss what Jon did that "made her most angry."