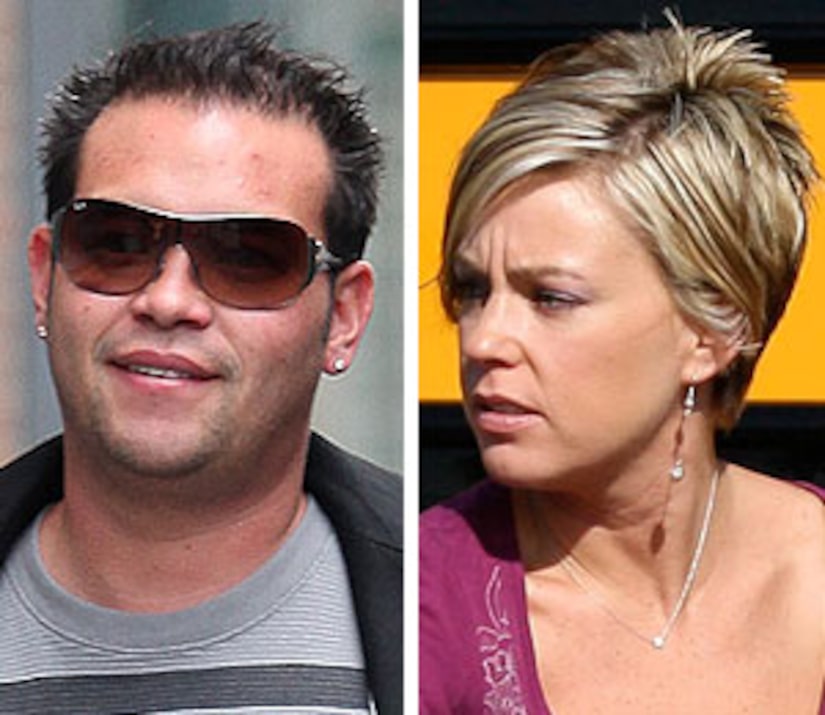 The money battle between Jon Gosselin and wife Kate was scheduled to reach a boiling point in court today, but their hearing was postponed.

Court officials told TMZ that the reality couple would have their day in court another day, because the presiding judge in the case lost his wife to cancer this morning. The hearing will be postponed until at least next week.

Paparazzi caught up with Jon as he prepped to jet out of LAX yesterday, where Gosselin denied swiping the reported $230,000 from a joint bank account with Kate. "I did not take money!"

Three-thousand miles later, Jon landed at JFK Airport, where he denied reports that Kate is forcing him to give up his BMW and Mercedes, saying, "I don't think it's her fault."

Today, Jon's pal Michael Lohan tells "Extra" that TLC is getting in the way of allowing Gosselin to star alongside him in "Divorced Dads Club." Lohan says, "Jon, I think he's a great guy, I know he loves his kids! If they're letting Kate pursue a career, why don't they let him?"

When shutterbugs asked Jon about the rumored show, he told them that he's done with reality TV.