Reality dad Jon Gosselin is none-too-pleased that "Kate Plus Eight" is moving on without him -- and he's fighting back by attempting to ban TLC camera crews from their Pennsylvania home! Gosselin refused to answer questions at LAX today, but his manager tells "Extra" that they have sent a "cease and desist" to TLC to try and stop the taping of the show. "He's been trying to stop the show for a while now," Gosselin's rep explains. "He wants to get his private life with his family back."

Gosselin's manager also claims that the eight children have been complaining about the filming, and Jon "doesn't feel that the show is necessary anymore."

In August, Kate told Larry King that she and her brood would continue filming, regardless of Jon's involvement. "Myself and the kids will continue the show," Kate declared, adding, "I signed my name to a contract and I am going to do my best to make that work as long as it is healthy and safe for myself and the kids."

UPDATE: The Learning Channel has released a statement regarding Jon Gosselin's attempt to ban filming of "Kate Plus Eight." It reads:

"We are aware of Jon Gosselin's recent statements, and remain deeply disappointed at his continued erratic behavior. He and the family were shooting as recently as last Friday, without incident, and his latest comments are grossly inaccurate, without merit and are clearly opportunistic."

TLC goes on to remind viewers that Jon is under contract with the network, but concedes that "Direct filming of the children has been currently suspended, pending further conversations between both parents."

UPDATE: Kate has responded to Jon's statement -- find out what she has to say here. 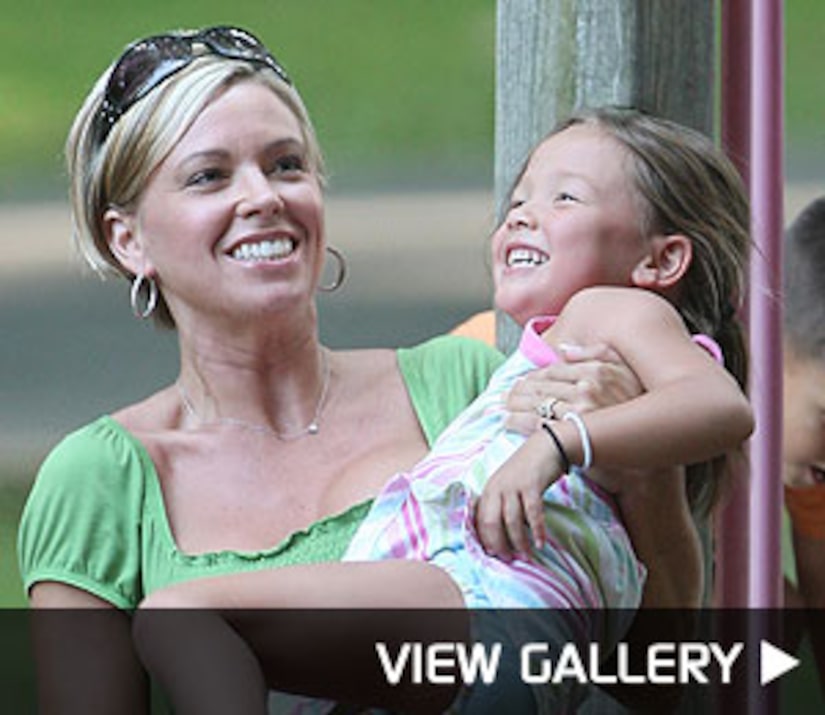