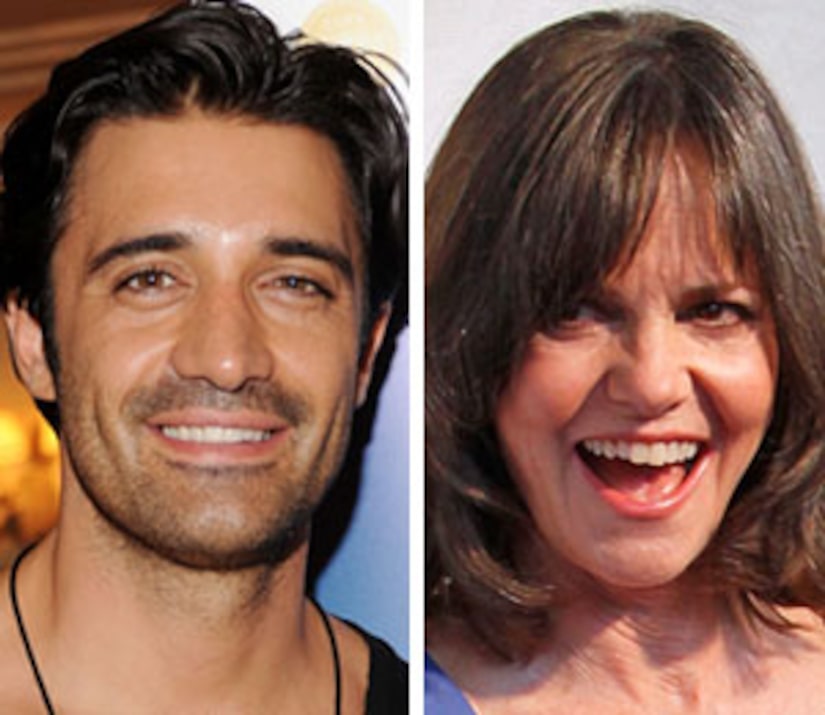 After waltzing away as a runner-up on "Dancing with the Stars," Gilles Marini has a new gig on "Brothers & Sisters." The incredibly handsome actor talks to "Extra" about his five-episode stint on the ABC series.

"I'm in heaven every day," Marini dished to "Extra's" Terri Seymour on the set. Gilles says he's "honored" to play Rachel Griffiths' love interest... and it gets steamy between the two!

Co-star Sally Field loves having Gilles on the set, and gushed, "He's so adorable! I wish he were here all the time. I'm really out their campaigning. Can't he just live here?"

"Sex and the City" hottie Jason Lewis also made an appearance on the drama. "We were starting to get insecure because they keep casting really good-looking guys," teased resident stud Balthazar Getty. Getty added, "Talk about an ego buster!"