Millionaire twin Ashley Olsen posed for the summer issue of VMAN Magazine, and the article touches on everything from the 22-year-old's fashion endeavors to the media and her equally famous twin, Mary-Kate.

Olsen covered her blonde locks with a dark brown wig for the shoot to promote her fall 2009 menswear line. She reveals, "To touch a man who has a soft sweater on, a soft pant, a great jacket... or something that as a woman, I want to take off him and put on and feel sexy in. (sic)" The petite fashion icon also shows off her bod in a shot of her wearing a bra and men's slacks. 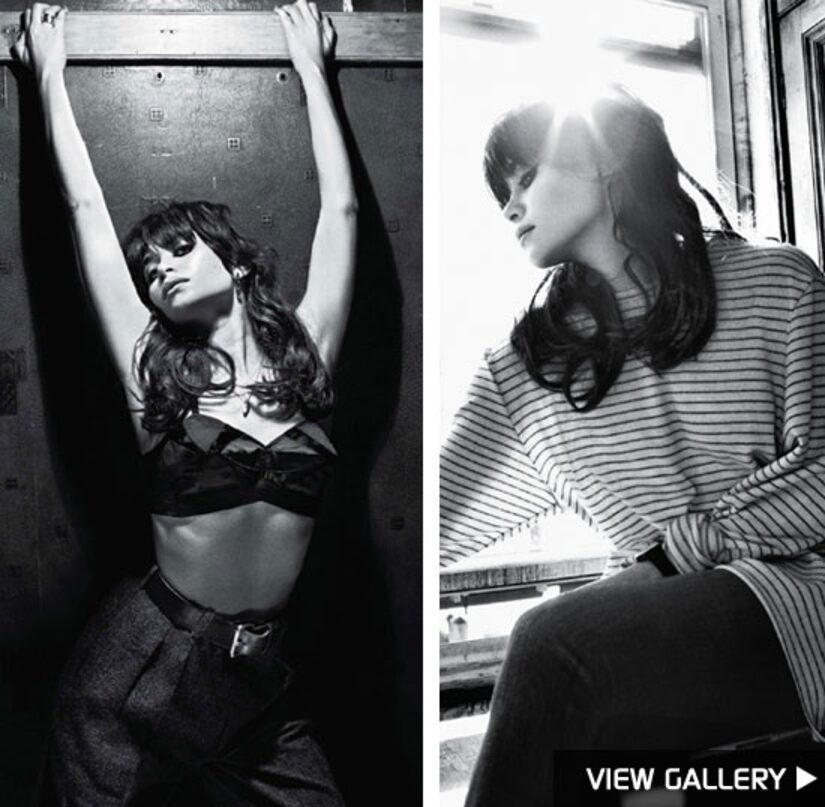 Ashley is focusing on designing, while her sister continues to work on acting. While they now have different career paths, Olsen confesses she still sees her twin ten times a day.

She tells the mag she avoids blogging and says, "I don't read any of that... it's just so destructive." The "Full House" starlet also admits, "I haven't really done anything since to be a celebrity."