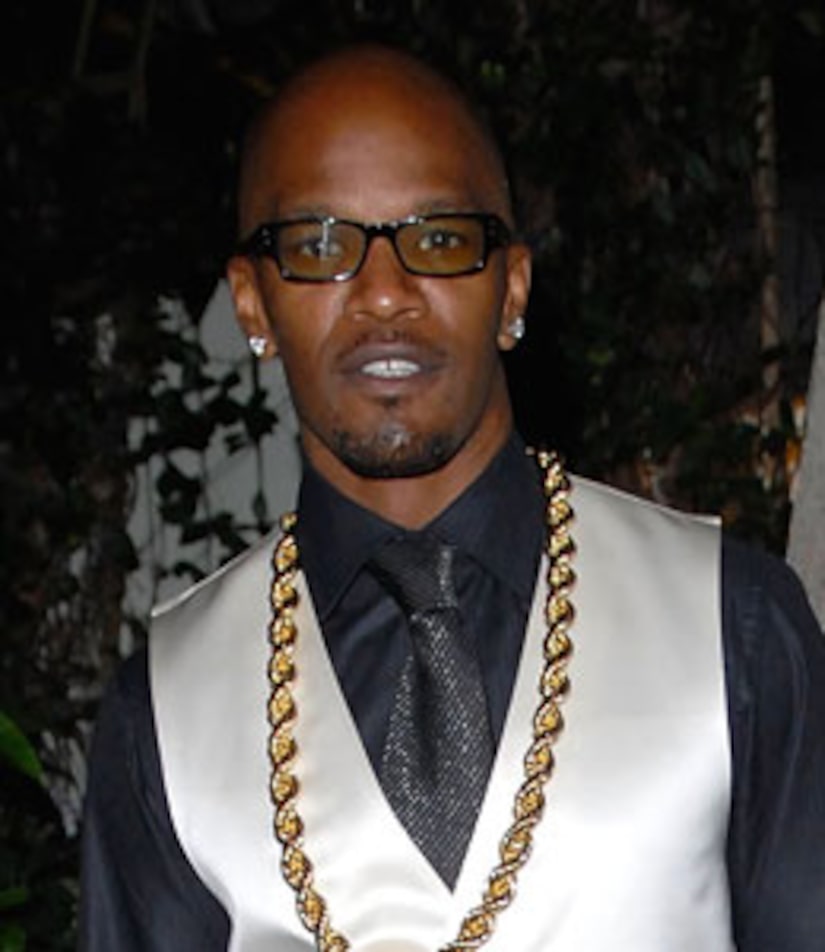 Jamie Foxx tells "Extra" playing a schizophrenic homeless musician in his new film "The Soloist" was mentally exhausting. The Oscar winner tells "Extra's" Mario Lopez, "When I had to go meet the psychiatrist... I was like 'Has anyone flipped out trying to play someone flipped out?' And he was like, 'You know, the mind is a very interesting thing.' And I'm like, 'Man, you're giving me the creeps!'"

Foxx is also making his mark on the airwaves with his new single "Blame It." The 41-year-old offered Lopez a role in an upcoming music video! Jamie said," You've gotta be in one of the videos with me." Foxx's "Blame IT" video features an all-star cast including Forest Whitaker, Samuel L. Jackson, Ron Howard, Quincy Jones and Jake Gyllenhaal. The single is currently number 5 on the Billboard Hot 100.

Foxx released his third album "Intuition" last December. "The Soloist" has an engagement in theaters April 24.

Tune in to our Extra Raw Channel to see Mario's full interview with Jamie!