Restored pop princess Britney Spears performed on "The X Factor" Saturday night, helping the UK series nab its biggest ratings ever -- and only "Extra's" Terri Seymour was behind the scenes with judge Simon Cowell, who praised Brit's performance, saying, "A star is a star is a star. Incredible. She's back on top." 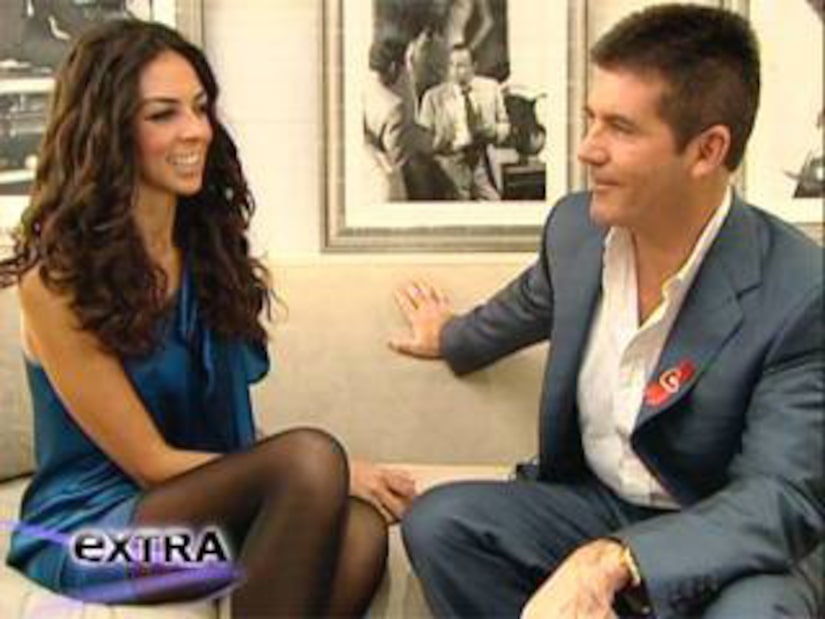 When asked how Cowell managed to book Spears on "The X Factor", he explained, "We got a phone call, 'Do you want Britney on the show?' Let me think about that, 'Yes.' And that was it." Even Cowell couldn't believe the paparazzi frenzy surrounding Spears' appearance. "That's the price you pay for being a star. Her pictures are worth a fortune."

Cowell also revealed that Mariah Carey and Beyoncé are scheduled to appear on "The X Factor." He said, "I love Mariah. She's a big star. She was fun. The contestants were in awe. We also have Beyoncé coming on for the finals."

Plus, Cowell commented on next season's "American Idol" saying, "I'm 100% a guy will win this year." As for new judge Kara DioGuardi? "She's mouthy, this girl. I'm beginning to warm to her... I think she knows what she's talking about."