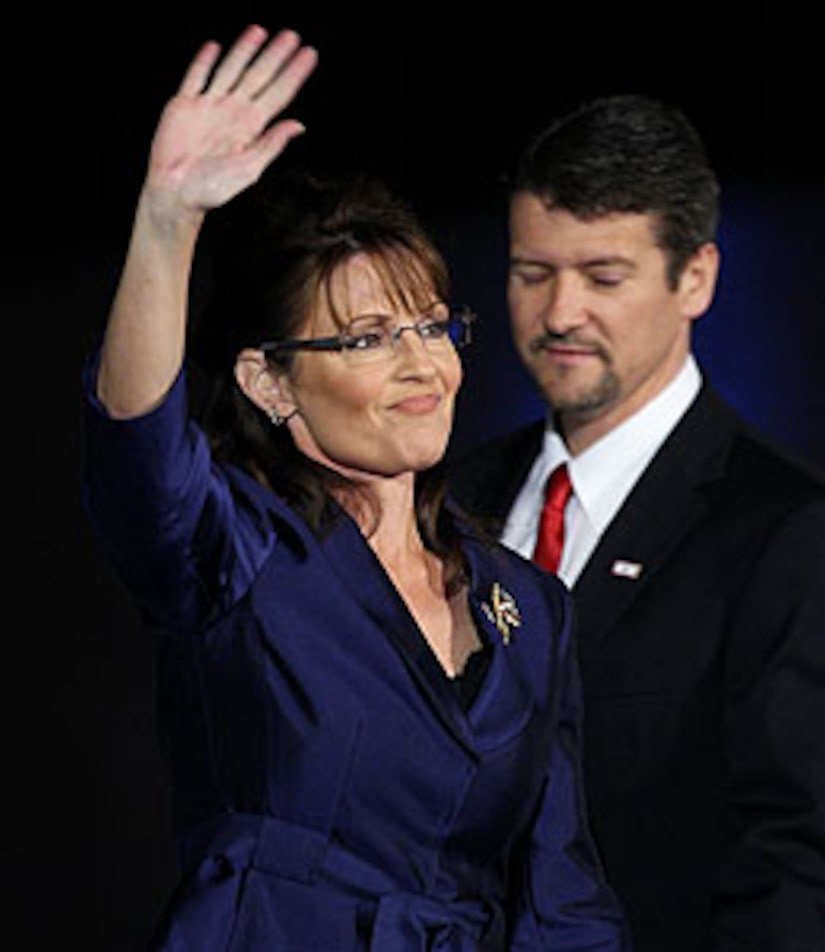 "It's just so refreshing and so wonderful and she ain't going away either," country music legend Hank Williams Jr. told "Extra,' after he attempted to pump up the melancholy GOP crowd in Arizona. Sarah stood silently as McCain delivered his gracious concession speech to Republican supporters, and waved to the crowd as she exited the stage.

Will Tina Fey be retiring her "SNL" impersonation of the Alaska governor for good? Chris Matthews doesn't think so -- the MSNBC anchor thinks that Palin is a political force who's here to stay. "She hasn't had much chance yet. Watch her -- she's smart. She could become a real figure in the party if she does her homework."

Sarah's combination of straight talk and good looks has People magazine's J.D. Haymen thinking her future may be in television -- not politics. "Some people have suggested she might be a right wing Oprah."

McCain warmly praised his VP pick during his speech last night -- but body language expert Dr. Lillian Glass saw a chill in John and Sarah's embrace. "McCain withdrew a little quickly because he wasn't connected to her."

Even if the Arizona senator didn't feel the connection -- it's obvious some people did. "She really took over and became the star of the party," said Glass.