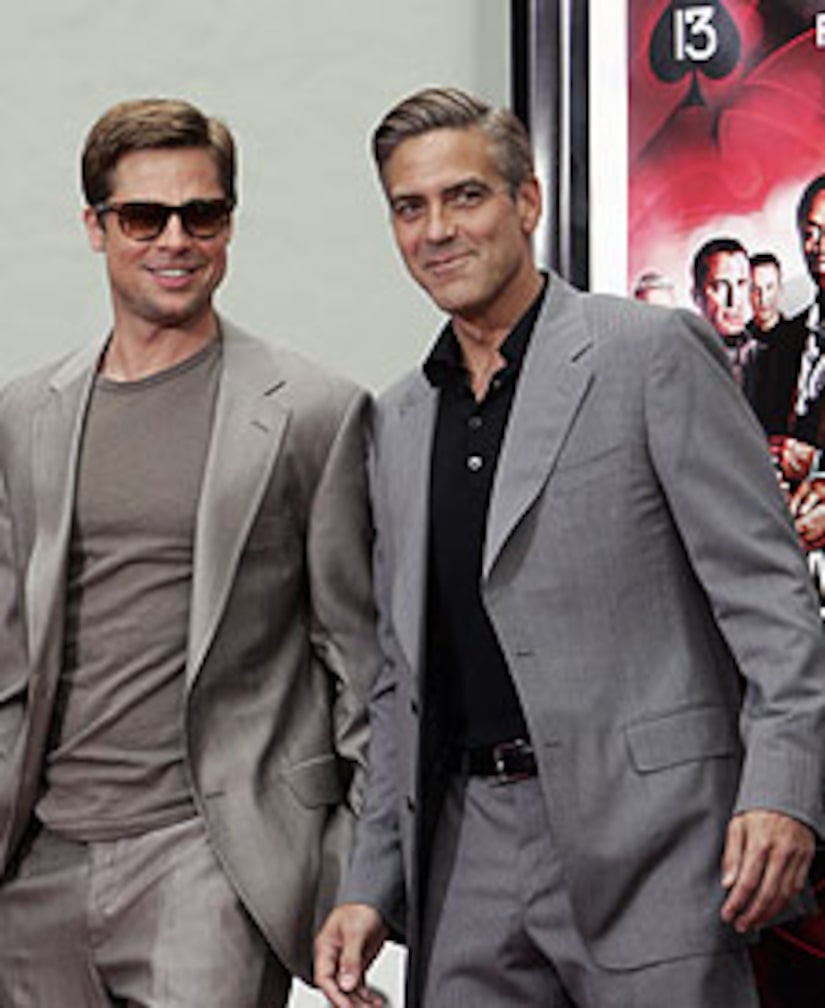 "Oceans" co-stars and real-life pals Brad Pitt and George Clooney are in Venice to kickoff the city's film festival tomorrow. It suddenly got hotter there.

Clooney sailed solo -- while Brad floated along the canals with two little deckhands in tow -- sons Maddox and Pax. Mama Angie stayed behind in France with twins Knox and Viv, along with daughters Zahara and Shiloh.

Pitt and Clooney flew to Italy for the premiere of their new Coen brothers flick, "Burn after Reading," which was chosen to open the festival. 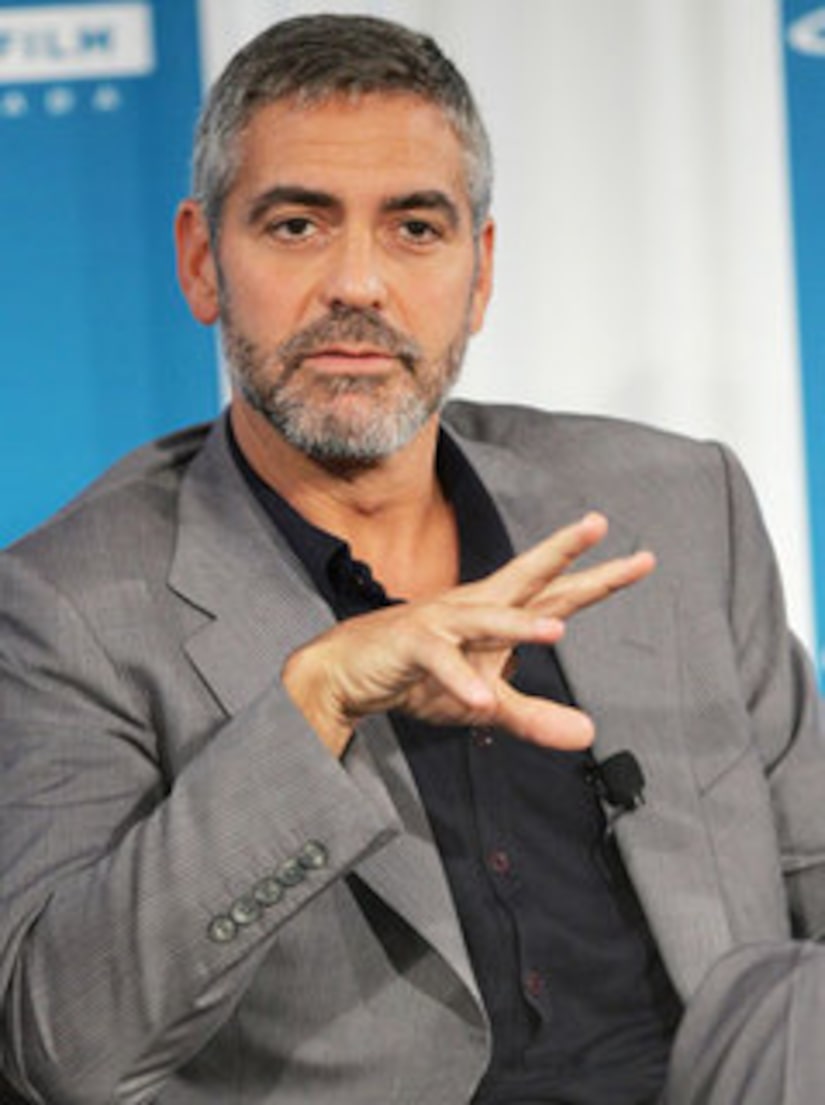