"Extra" is in New York's summer playground with the elite teens of the Upper East Side -- the cast of "Gossip Girl!" The cast of the hit CW show is sounding off on rumors that season two is too racy -- and dishes on the real-life romance that's heating up off-screen! 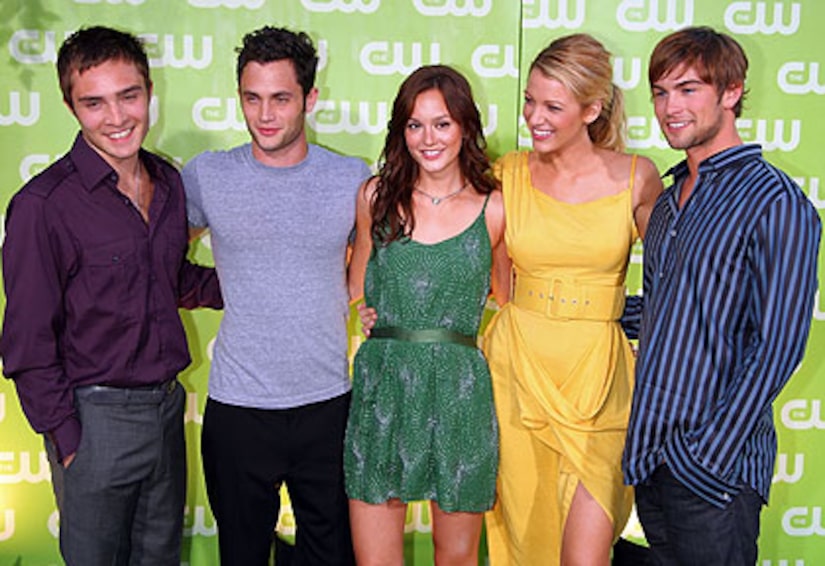 Beauties Leighton Meester and Taylor Momsen blast the reports that the show -- centered around Manhattan's rich and scandalous -- may be too risqué for teens. "I think if they have their parents' permission they should watch it," says Leighton. Taylor adds, "It's a role, it's a show, it's everyone's guilty pleasure."

Co-stars Blake Lively and Penn Badgely may have broken up in the world of "Gossip Girl," but recent pix of the twosome looking very cozy prove they are anything but over! Blake played coy when asked about the budding romance, saying only, "I'll tell you about Dan and Serena." Penn was more forthcoming when asked about dating a co-star, saying, "Yeah that's true. It's overwhelmingly good."

Get ready to be pulled back into the Upper East Side drama when "Gossip Girl" premieres September 1.