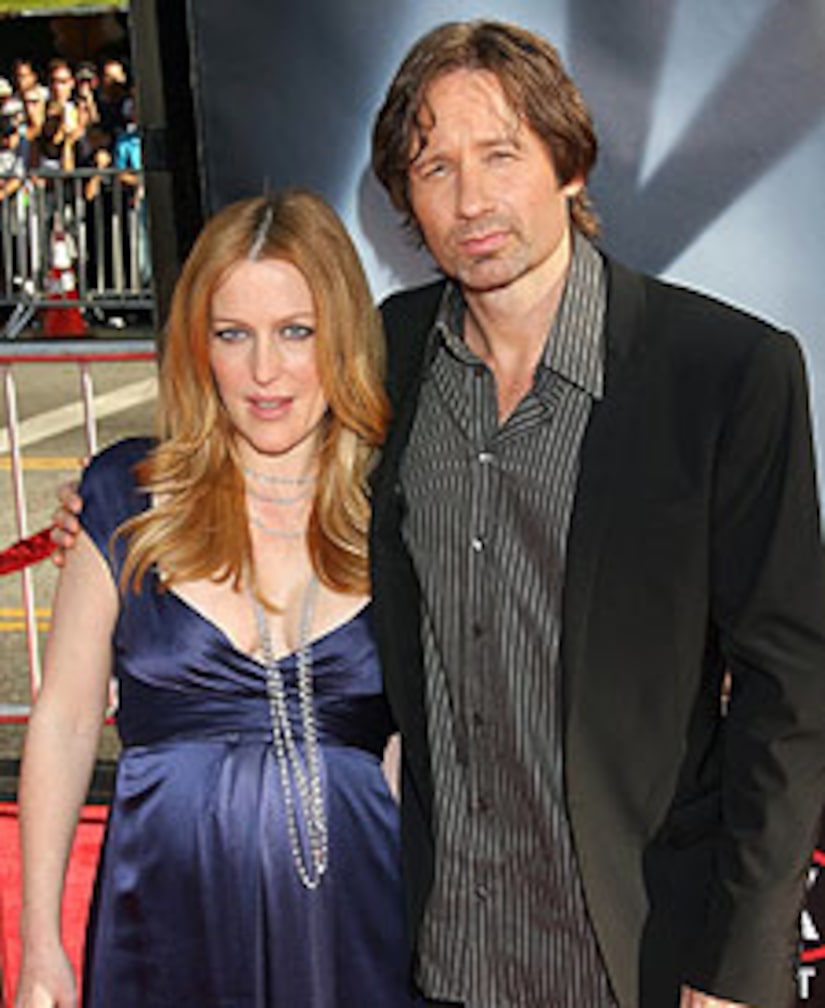 "Extra's" Carlos Diaz caught up with the very pregnant Gillian Anderson and co-star David Duchovny at the L.A. premiere of their new flick, "The X-Files: I Want to Believe," where Anderson dished about the Neil Lane jewelry decorating her growing belly, which she referred to as "the bling on the bump."

Anderson assured Diaz that the trend isn't new, saying, "It started a while ago -- in the last few months." Details on when Gillian will give birth to her third child have not been officially revealed, but David said, "I think she's due in October."

This is the second child for Gillian and BF Mark Griffith, who have a son Oscar, 1. Gillian also has a 13-year-old daughter, Piper, from her marriage to the "X-Files" series asst. art director Clyde Klotz.

"The X-Files: I Want to Believe" lands in theatres this Friday.