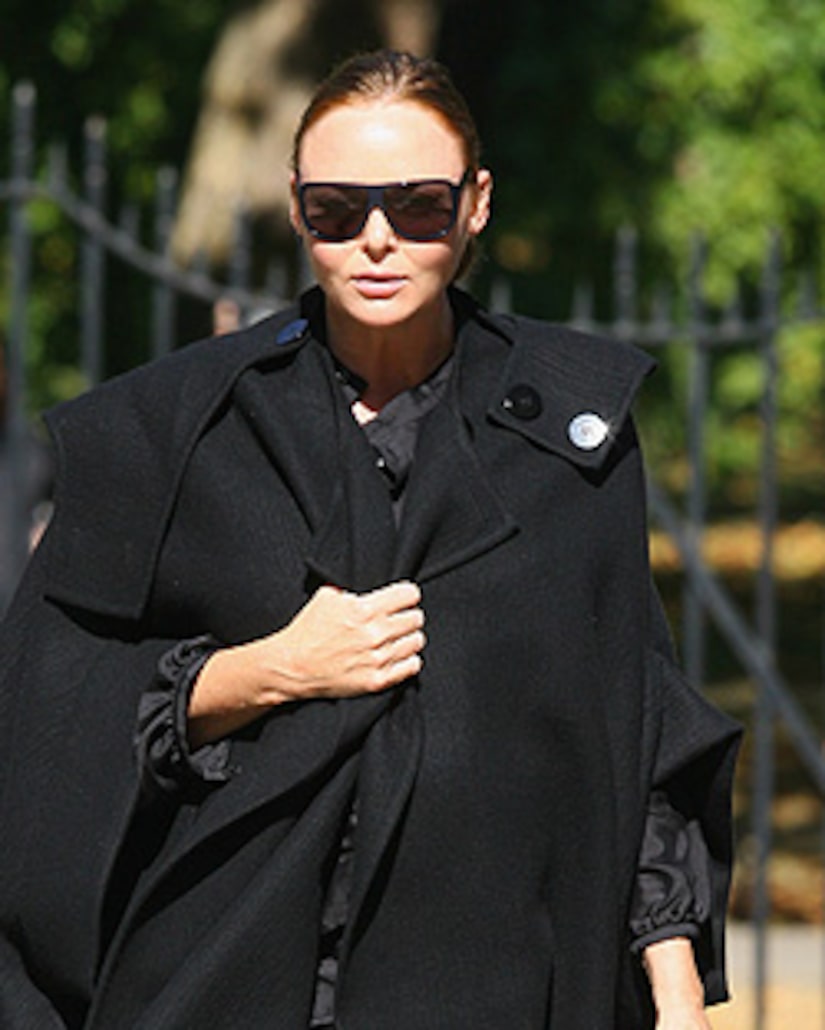 Stella, 36, reportedly designed the silver necklace in an apparent dig at Heather, who lost her leg in a motorcycle accident in 1993.

But Heather's rep tells “Extra” today, “The rumors are simply not true, we won't retail any jewelry featuring a one leg charm necklace.”

Last week, Paul and Heather's divorce battle turned ugly when Heather told “Extra,” “Every single week Stella tried to break up our marriage. She was so jealous…She's done some evil, evil things.”