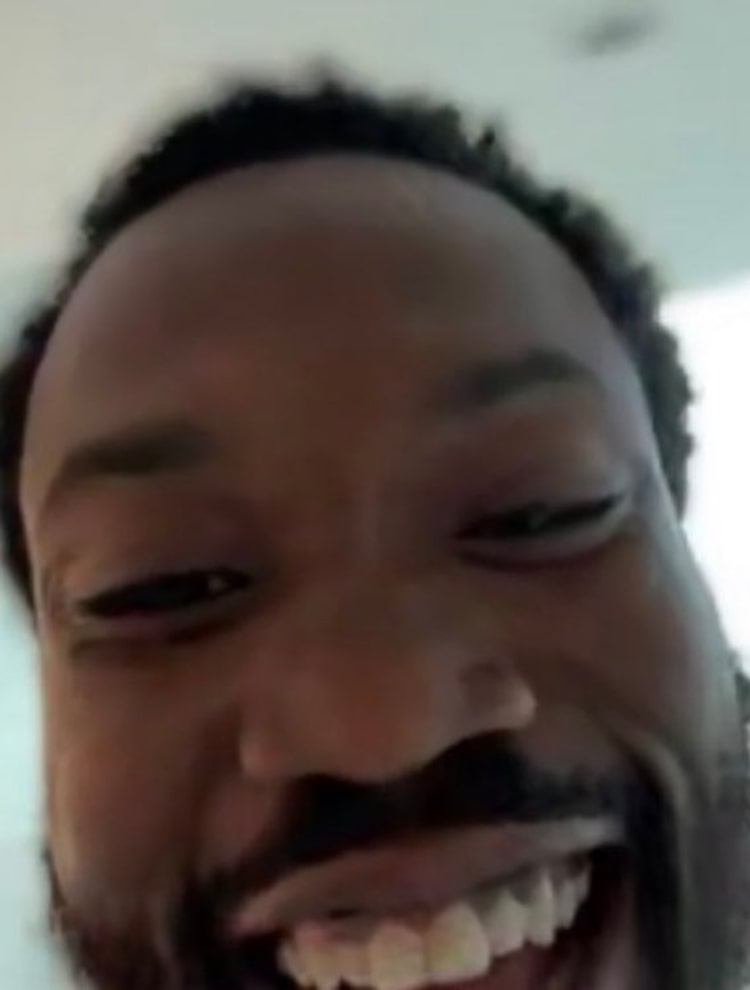 Damar Hamlin is showing remarkable progress since his on-field injury — and now, he has shared his first message since the emergency.

From his verified IG account, the ailing football star wrote, "When you put real love out into the world it comes back to you 3x’s as much.. 🫶🏾🫶🏾🫶🏾 The Love has been overwhelming, but I’m thankful for every single person that prayed for me and reached out. We brung the world back together behind this."

He went on to express, "If you know me you know this only gone make me stronger. On a long road keep praying for me! 🫶🏾❤️3️⃣ #3strong."

He also posted a grinning image of himself on a Zoom call, captioning it, "Back Working ❤️ Back Smiling!!!"

Hamlin's progress since the 24-year-old Buffalo Bills player went into cardiac arrest on January 2 mid-game and had to be revived twice has been encouraging.

On Friday, Damar’s football team the Buffalo Bills revealed that his breathing tube had been removed and he could finally speak to his team and medical staff.

In a statement, the team tweeted, “Per the physicians at UCMC, Damar’s breathing tube was removed overnight. He continues to progress remarkably in his recovery.”

“His neurologic function remains intact, and he has been able to talk to his family and care team,” the statement added.

Hamlin was able to join the team meeting via FaceTime, telling his teammates, “Love you boys.”

The day before, Hamlin’s doctor gave an update on his condition, revealing that he had made “substantial improvement” since the fateful game against the Cincinnati Bengals.

During a University of Cincinnati Medical Center presser, doctors spoke out about his progress, revealing that he was moving his hands and feet and communicating through writing.

Dr. Timothy Pritts said Damar's first written question as he began to wake up was, “Did we win?”

Pritts replied, "The answer is yes, Damar, you won the game of life."

Pritts went on, “As of this morning, he is beginning to awaken, and it appears that his neurological condition and function is intact… He continues to be critically ill and continues to undergo intensive care in our surgical and trauma ICU.”

When asked if Damar would make a full recovery, Pritts said, "The focus right now in terms of helping him to recover [is to] continue to get stronger and rehabilitate, but it is entirely too early to project into the future.”

As far as what caused Hamlin to go into cardiac arresta, Knight said, "The answer to that is that that workup is ongoing. We do not have definitive answers as to the etiology of the arrest, and tests will continues to progress.”

On Thursday, President Biden spoke "at length" with Hamlin's parents, tweeting of his recovery thus far, "Great news. Damar, like I told your mom and dad yesterday, Jill and I — along with all of America — are praying for you and your family."

Damar, like I told your mom and dad yesterday, Jill and I – along with all of America – are praying for you and your family. https://t.co/c838glXNE2

Though shocking, Hamlin's medical emergency during a game was not without precedent. ABC News reports other major events have included the sudden death of Detroit Lions player Chuck Hughes in 1971 and the collapse or severe injury of players including Reggie Lewis of the Boston Celtics in 1993, Chris Pronger of the St. Louis Blues in 1998, Kevin Everett of Hamlin's team the Bills in 2007, Rutgers player Eric LeGrand in 2010, and, in 2021, Danish soccer star Christian Eriksen. Pronger was discovered to have suffered commotio cordis — in which the heart goes into arrhythmia due to a physical blow to the chest. Some had speculated this could have been the cause of Hamlin's own cardiac arrest, but doctors are still investigating. 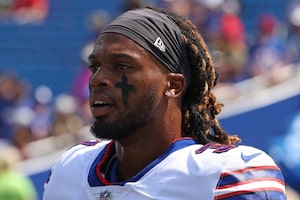