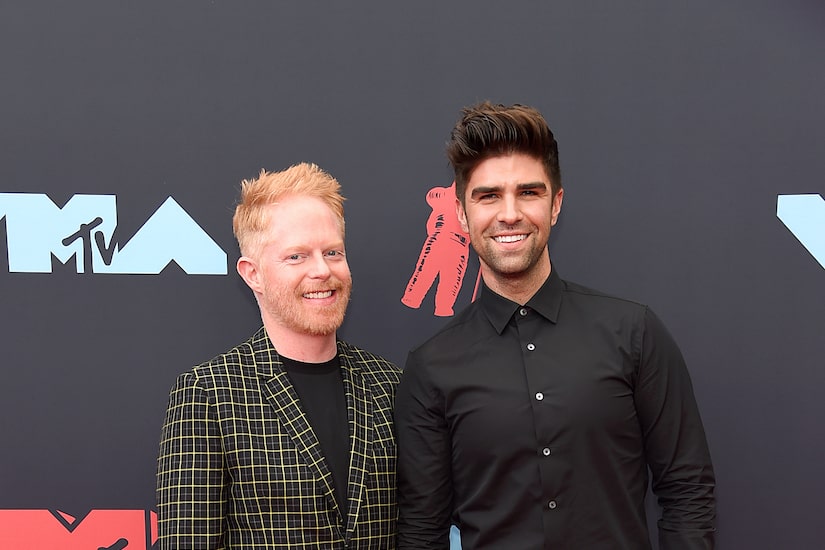 On Tuesday, Jesse broke the news about the birth of their second child, who they named Sullivan.

Along with announcing that he’ll miss tonight’s performance of the Broadway play “Take Me Out,” he wrote on Instagram, “Sad to be away from my @takemeoutbway fam tonight but we ran off to welcome our newest little one, Sullivan Louis Ferguson-Mikita.”

Ferguson went on, “A special thanks to @drshahinghadir for helping us grow our family & our incredible surrogate and all of the nurses and doctors. We are overjoyed to be a family of four. My incredible understudy @timmytwright will be on tonight and tomorrow and I will be back in the ball game on Thursday. I know Tim has you all in wonderful hands.”

Jesse and Justin are also parents to son Beckett, 2.

Earlier this year, Ferguson won a Tony for his role on “Take Me Out,” which is currently doing a revival run.

“Extra” spoke with Jesse at the 2022 Tony Awards, where he opened up about becoming a father again.

Jesse gushed, “I’m so excited for Beckett to have a sibling. I can’t believe we are starting again at square one, but here we are, we are doing it again.”

“Beckett will be about 2 and a half when  the second one comes… Seems doable… I say that now,” Ferguson noted.

Jesse and Justin have been married since 2013.