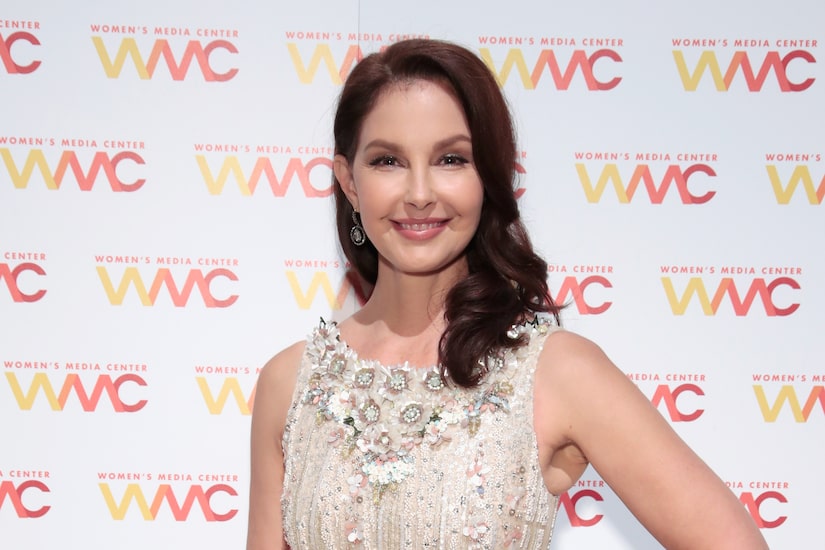 Actress Ashley Judd is getting candid about a “restorative-justice conversation” with a man who allegedly raped her in 1999.

While appearing on the “Healing with David Kessler” podcast, Judd discussed her meeting with her alleged rapist, who she was able to find “very easily.” She shared, “To make a long story short, we ended up in rocking chairs sitting by a creek together. And I said, ‘I’m very interested in hearing the story you’ve carried all these years.’ And we had a restorative-justice conversation about that.”

“I wanted to share that story because there are many ways of healing from grief, and it's important to remind listeners that I didn't need anything from him and it was just gravy that he made his amends and expressed his deep remorse, because healing from grief is an inside job,” she emphasized. “I had the opportunity to do my trauma work, to do my grief work, to do my healing work, to have all these shifts in my own consciousness and to bond in these female coalition spaces with other survivors.”

When Kessler underscored that grief can be part of the aftermath of being raped, Judd noted, “One loses safety. I lost a sense of trust.”

Through her healing process, Judd said she “regained” herself.

Ashley described the 1999 incident as “crazy-making” because she “knew better,” noting, “I was very clear, my boundaries were intact. I was already an empowered, adult feminist woman."

She went on, “And that this could happen under these circumstances was unconscionable, unforeseen, and yet I have had a restorative-justice process with this person out of how replete my soul is today.”

In 2013, Judd called herself a “three-time rape survivor.”

One of the rapes resulted in a pregnancy. During the 2019 Women in the World summit, she shared, “I'm very thankful I was able to access safe and legal abortion. Because the rapist, who is a Kentuckian, as am I, and I reside in Tennessee, has paternity rights in Kentucky and Tennessee. I would've had to co-parent with my rapist."

Fighting for a woman’s right to an abortion, she stressed, “So having safe access to abortion was personally important to me and, as I said earlier, democracy starts with our skin. We're not supposed to regulate what we choose to do with our insides."

In 2015, Judd wrote an essay about being in a better place in life. In a piece for Mic.com, she wrote, “I am a survivor of sexual assault, rape, and incest. I am greatly blessed that in 2006, other thriving survivors introduced me to recovery. I seized it. My own willingness, partnered with a simple kit of tools, has empowered me to take the essential odyssey from undefended and vulnerable victim to empowered survivor. Today, nine years into my recovery, I can go farther and say my ‘story’ is not ‘my story.’ It is something a Higher Power (spirituality, for me, has been vital in this healing) uses to allow me the grace and privilege of helping others who are still hurting, and perhaps to offer a piece of education, awareness and action to our world.”

Ashley also showed some love to her therapist, who helped her overcome her past. Urging others to speak up, she wrote, “But let me tell you: I am exactly like every other survivor, and the sexual assault centers of our country are for me, just as they are for all of us. So for now, I am handing it back over to those of you who are unafraid to speak out against abuse like I have faced, and those of you who are righteous allies and intervening bystanders. You’re on it. Keep at it — on the Internet, at home, at work and in your hearts, where the courage to tackle this may fundamentally lie. We have much to discuss, and much action to take. Join me.”