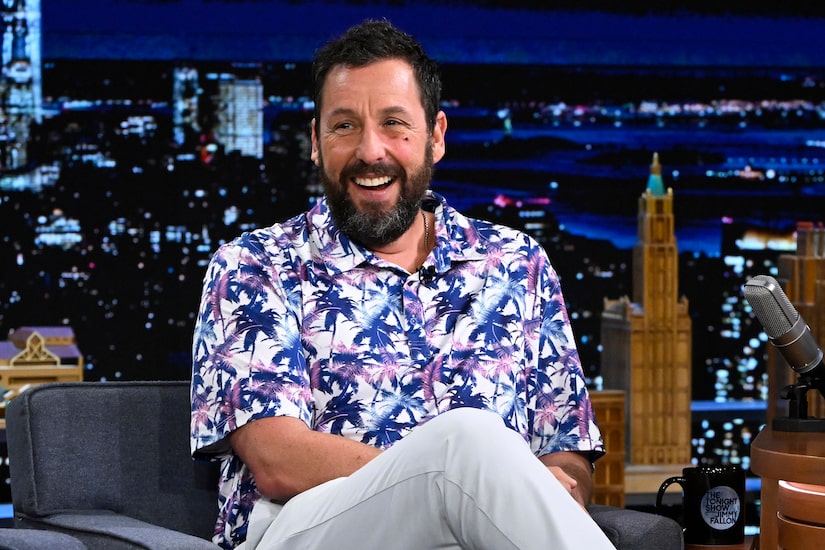 Ow! Adam Sandler is sporting a black eye after a “bed accident.”

The star couldn’t ignore the shiner as he made an appearance on “Good Morning America” on Monday, telling the hosts, “This is something I have to discuss, right?”

Sandler, who was there to promote his new movie “Hustle,” went on to reveal, “I was in bed, in the middle of the night and, you know how they tuck in your sheets at the bottom, some people? Somebody tucked in the sheets too much and I had my phone in the middle of the bed. I kicked my feet up to untuck it, the phone went flying, hit me in the head.”

He went on, “I refused to acknowledge it. I felt blood. I said, ‘There’s something going on, but I gotta sleep.’ Kept sleeping and woke up and then...”

Co-host George Stephanopoulos commented, “That is the most elaborate black-eye story I’ve ever heard.” Sandler insisted with a laugh, “There is nothing cool about this thing.”

Adam poked fun at himself, saying, “It looks so cool. And I’m on the streets of New York, I see people going, ‘Oh, okay. He likes to fight, that guy.’ I’m like, ‘It was a bed accident.’”

The star also made headlines after his appearance on “The Tonight Show,” where he confessed to Jimmy Fallon that he recently went skinny-dipping.

Sandler said he came across a nude beach in Spain, so he decided to strip down himself. He quickly started to realize, “I shouldn’t do this… Someone is gonna take my picture and ruin my life.”

He tried to keep himself under the water, but claimed his private parts kept floating up due to the salt water despite his efforts. Watch the hilarious interview below.

“Extra’s” Jenn Lahmers recently caught up with Sandler to talk about “Hustle,” the new basketball drama he co-produced with LeBron James. Adam dished on his own hoops skills and revealed how the “dream project” came together. Check it out!