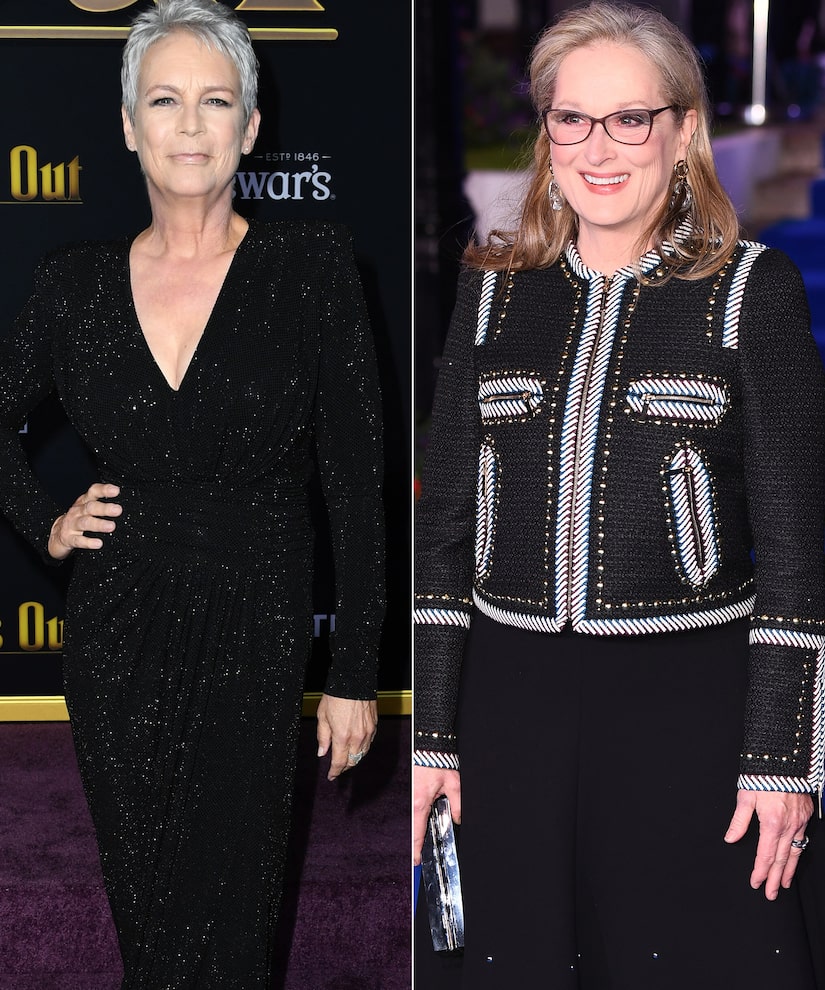 Jamie Lee Curtis and Michelle Yeoh’s new movie “Everything Everywhere All at Once” is already getting rave reviews, and the stars are opening to “Extra’s” Katie Krause about the project, why they both considered quitting acting, and more.

Jamie shared why she took the role, saying “For me, it's Michelle, Yeoh… The only reason I'm in the movie is Michelle Yeoh. I mean, the script was weird, I really didn't understand it, and they kept saying that Michelle Yeoh was in it, and I said, ‘Okay, great, I'll do it.’”

Curtis added, “[Meryl] Streep has been my sort of spirit animal my whole life, and whenever I felt s--ty and felt like I shouldn't do it anymore, I would see her do something and then it… literally makes me cry and I would literally see her work and go like, ‘Okay, I'm just going to keep trying…’ The work that Michelle Yeoh does in this movie, I challenge any actress in the world to be able to do the level of expertise in all of the beautiful fragments that completes [her character] Evelyn.”

The love fest continued as Michelle said of Jamie, “It was love at first sight… I was doing cartwheels when I heard she was going to take on this role.”

Katie followed up to ask Jamie, “Have you ever thought about quitting acting?” Curtis insisted, “I mean, of course I have… It's a very hard industry and I also have raised two children in the middle of it.”

She went on, “I did yogurt commercials that make you s**t for seven years so that I could stay home with my youngest daughter… It's an interesting business... It's a privileged business, and we were all very lucky to be able to do it. Of course I've gotten discouraged.”

Michelle almost quit herself, changing her mind after talking with Quentin Tarantino. “I was very badly injured at that time and I had my family, my friends going like, ‘Come on, you can't do this to yourself…’ You know, [you don’t] just owe it to your family that can help you physically when you're injured like this, you owe it to yourself to have a good, healthy, sensible life and you know at that point when you're like in pain and all that, it's like easy to think maybe I should reconsider this acting thing… Quentin, bless him, he came and he drew me back to why I love making magic.”

She also opened up about her character Evelyn, saying, “This movie, for all its wackiness… was a very powerful story about a very ordinary woman, aging Asian immigrant woman, giving her such a voice to tell what it takes to be a mother to be of this generation to be an immigrant struggling to keep a family together, to make this woman a superhero.”

Yeoh added, “I think at the end of the day, the core of the movie is about love.”

Jamie also told her story behind John Travolta adopting Mac and Cheese, the dog she brought on stage with her for the Betty White tribute at the Oscars.

“We did the show and then I left and went home and got my PJs on in the car and was on my way home and then somebody texted me a picture of John and the little dog and even that was sort of cute and I thought, ‘Oh, that's so sweet, he's going to help amplify somebody to rescue this little dog,’ and then the next day Chad Atkins from Paw Works called me and said, ‘John's flying little Mac and Cheese today to Florida.’”  She smiled, saying, “That's just such a beautiful fairy-tale, Cinderella ending to this sweet story, and the real truth is Betty White is so happy, so happy that her in memoriam was about rescuing animals.”

“Everything Everywhere All at Once” is out now. 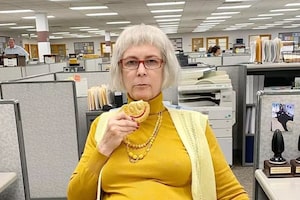 Jamie Lee Curtis on Letting It All Hang Out for New Role: 'No Concealing!' 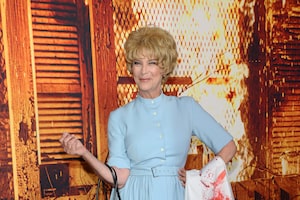