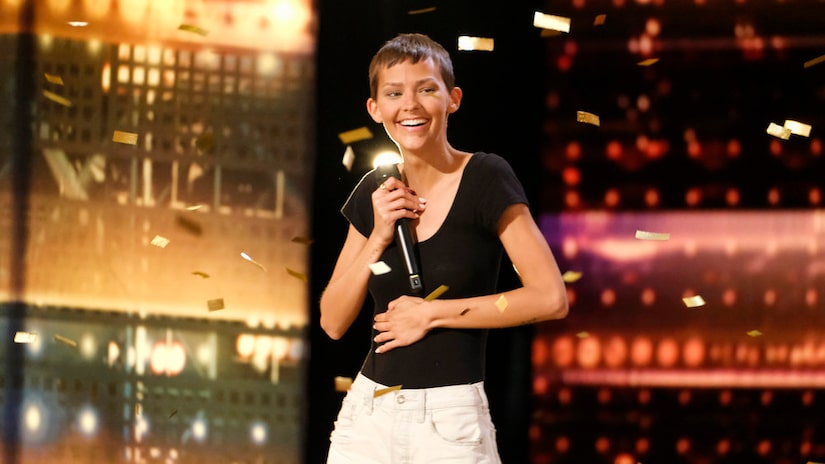 “America’s Got Talent” star Jane “Nightbirde” Marczewski has died at the age of 31.

According to the outlet, the cancer had spread to her lungs, spine, and liver.

After the news broke, “AGT” judge Howie Mandel wrote on social media, “Nightbirde was such a bright inspirational light in all our lives. We must continue to live and learn from her words and lyrics. As much as I feel horribly about her passing I feel lucky to have met, heard and known her."

Last month, Nightbirde posted her final Instagram. Alongside a pic of herself, she wrote, “Honestly, things have been pretty brutal. But this is a photo of myself from last week where I felt pretty, and alive, and awake, and human, and real. I needed that. We’re all a little lost and it’s alright.”

Nightbirde was forced to withdraw from “America’s Got Talent” midseason last year after her health took a turn for the worse.

At the time, she wrote on Instagram, “It's so hard for me to not be on the @agt stage for the finals this week. I bet you never saw someone win so hard and lose so hard at the same time. This isn't how the story was supposed to go."

“I spend a lot of time squeezing my eyes shut and trying to remember what I believe; counting my breaths in the grief cloud; burying my face into God's T-shirt. I remind Him sometimes, (and not kindly) that I believed Him when He told me the story He wrote for me is good, and that He never stops thinking of me," Nightbird continued. "I must be a fool in love, because even from under all this debris, I still believe Him. And when I'm too angry to ask Him to sit on my bed until I fall asleep, He still stays."

She ended her post, writing, “Here we are, you and I, signing off on the risk of REBELLIOUSLY HOPING for better days. Let us not be blind to our own glory. I'm raging and crying and hoping with everyone who needs to rage and cry and hope tonight."

After her exit, Nightbirde appeared remotely from one episode.

During her virtual appearance, an emotional Cowell explained that they had kept in touch, and told Nightbirde, “You made the decision, rightly so, that your health your priority right now. And I know the last time we spoke, you actually said you feel like you let people down [by leaving ‘AGT’]. Well, I just want to say on behalf of all of us, you haven't let anyone down.”

Sofía Vergara jumped in to say, “We love you,” and Heidi Klum agreed, telling the singer, “I love you!”

She got the golden buzzer from judge Simon Cowell after performing her original song, "It's Okay.”

Following the episode, “Extra’s” Terri Seymour spoke with Simon, who shared, “The irony was she called me afterward and [asked]… am I okay. I'm fine, but I think because she saw that I was upset… It says everything about her. It was heartbreaking… She’s optimistic. The best thing for her — she told me this herself — was coming on the show… She didn’t want to let anyone down… That’s the kind of person she is. She is such a brave person… She’s an amazing person, and we’ve become good friends. Let’s hope for the best.”

In 2020, she was declared cancer-free after doctors believed that she only had a 2% chance of survival. Unfortunately, her cancer returned in 2021.