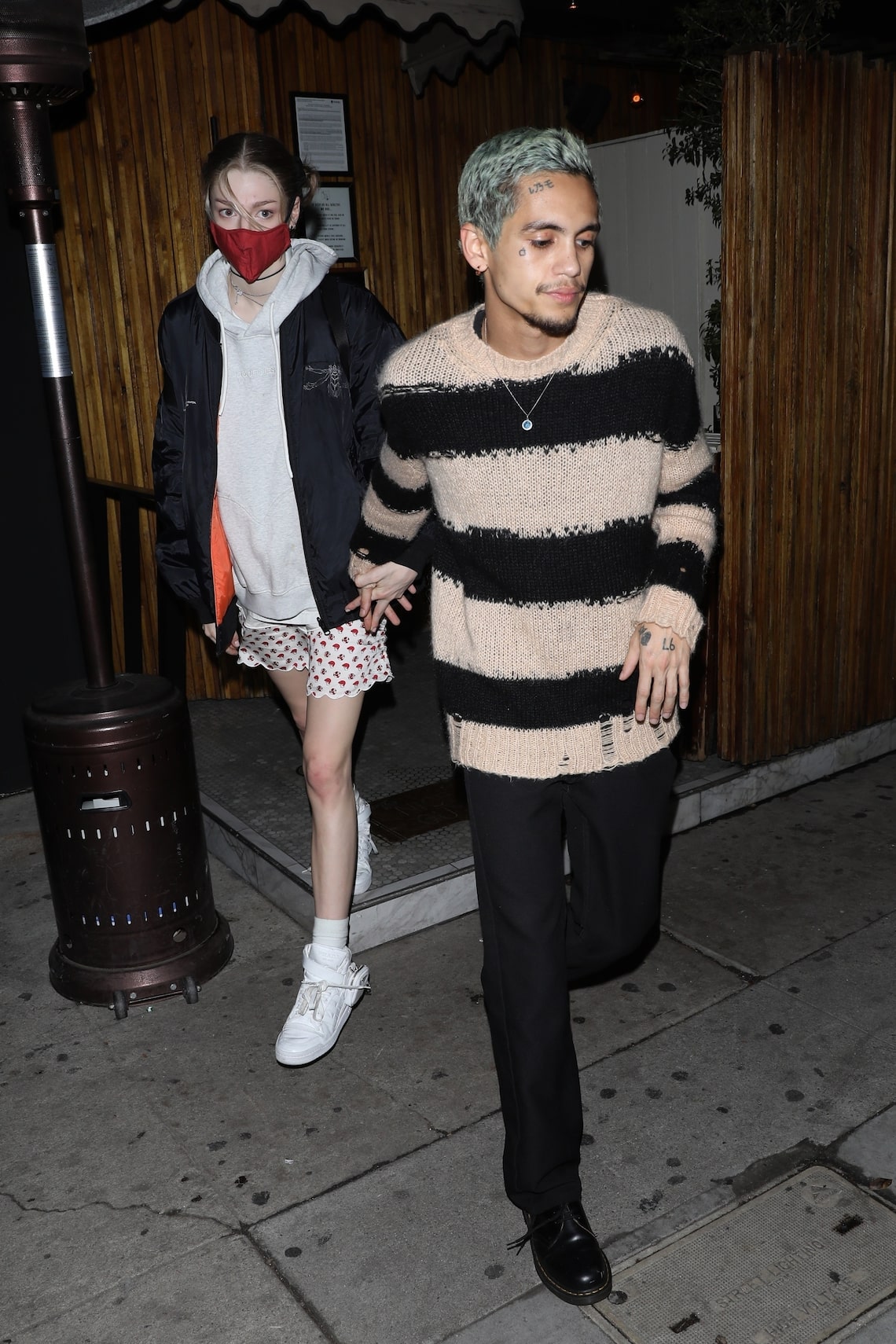 “Euphoria” stars Hunter Schafer and Dominic Fike have everyone talking!

Over the weekend, Hunter and Dominic were photographed holding hands while stepping out of celeb hot spot The Nice Guy in West Hollywood.

The sighting comes a week after Dominic made his debut on the show as one of Zendaya’s character’s new friends.

This season, Dominic’s character will be part of a love triangle with Zendaya’s and Hunter’s characters. Did the sparks fly for Dominic and Hunter off-screen?

Of the love triangle, Zendaya recently revealed to Variety, “There were a lot of conversations over the years about where the show was going to go and what it was going to evolve into, and I remember when Sam first kind of talked about the idea of this Elliot character, I wasn’t feeling it — as someone who ships ‘Rules’ to the bitter end. And I was like, ‘Whoa, whoa, whoa, what are we doing here?’ But, in retrospect, and also as someone who understands where the show needs to go and what needs to happen for these characters, it’s crucial that Elliot exist and that he be the person that is honestly the catalyst for a lot of things that just have to happen.”

Hunter added, “I think I was in a similar boat to Z when I first heard about this ‘Elliot boy.’ But, you know, as we saw more of what it brought into the story and the script, it became a more interesting and exciting prospect, and once Dom came on board, he made it a lot of fun.”

“Extra’s” Rachel Lindsay recently spoke with Zendaya, Hunter and Dominic about the second season of the HBO hit. Dominic raved about his co-stars, saying, “It’s been one of the most incredible experiences of my entire life, and I get to learn from the best.”