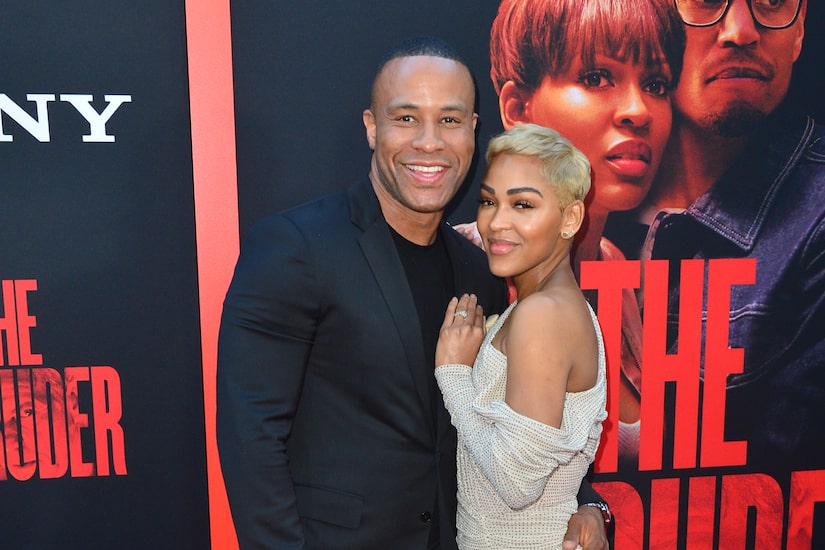 “Think Like a Man” actress Meagan Good and her producer husband DeVon Franklin have called it quits after nine years of marriage.

In the court docs, obtained by E! News, Franklin revealed that they’ve been separated since August 21, 2021.

In a joint statement, the couple said, “After much prayer and consideration, we have decided to go into our futures separately but forever connected. We celebrate almost a decade of marriage together and a love that is eternal. There’s no one at fault, we believe this is the next best chapter in the evolution of our love.”

They added, “We are incredibly grateful for the life-changing years we’ve spent together as husband and wife.”

Meagan hasn’t responded to the divorce papers, but she did post a cryptic quote on her Instagram, which read, “Healing isn’t pretty, but the other side is freaking beautiful.”

Meagan and DeVon met on the set of “Jumping the Broom,” marrying in 2012.

At the time, Meagan told People magazine, “DeVon makes me better, makes my life fuller and completes my quality of life. He’s truly on my team and I am truly on his. God revealed my heart to him like nobody else."