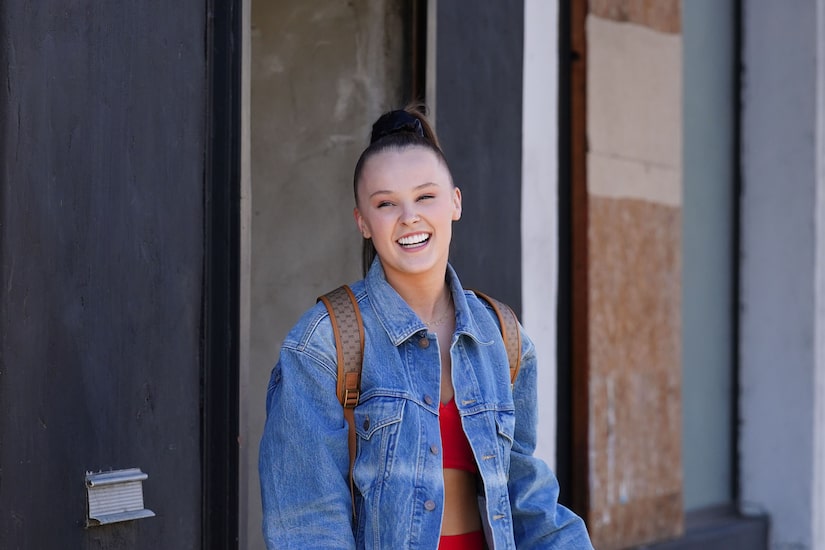 “Extra’s” Rachel Lindsay spoke with JoJo Siwa and her mom Jessalyn Siwa about their new Peacock series “Siwas Dance Pop Revolution,” on which they are searching for the “most amazing, adorable, talented girl group.”

JoJo shared, “It was scary because… the girl group that she's making, I'm their choreographer and creative director, so it's her group, it's her vision that I have to make happen.”

JoJo admitted, “There was a lot of pressure with making it exactly what she wanted, but now she tells me, ‘This group wouldn't be the same without you.’ And every time I hear that, I'm like, ‘Give me the hype.’”

As for the kids who made it on the show, JoJo revealed what made them stand out, saying, “The way they carry themselves in a room, the way they perform onstage, and also the way they work when no one is watching.”

While JoJo and Jessalyn are not working together on “Dancing with the Stars,” Jessalyn is loving “every single second of it.” She added, “As a mom, I can't get enough watching Jojo perform. As a momager, it's really hard not to put my two cents in all the time, so I'm just trying really hard to be on my best behavior and just enjoy it.”

“Siwas Dance Pop Revolution” is streaming on Peacock and E!