Ant Anstead and Cristy Lee have a new show!

Cristy revealed the concept behind the show, explaining, “It’s a celebrity IOU, so the celebrity has a story. They have someone that was incredibly meaningful in their life… They want to pay it forward to this person and they team with us — us being car people — and we basically build, create, restore, do all sorts of things to a car and gift it to this person.”

Ant added, “It’s a brand-new car. The client is the deserving party… We have to build a car for them without speaking to them, so we’re relying on our celebrity to make sure we chose the right car.”

One episode features Renée Zellweger, who is now dating Ant.

Ant said her episode is “such a great story,” sharing, “Renée’s very close friend and publicist for 25 years, Nanci Ryder… was diagnosed with ALS, and when her diagnosis happened, she needed full-time care. They called in help, a pair of twins, Jermone and Jarrod… They put their lives second to put Nanci’s life first… This was an opportunity for Renée to not only celebrate the work they’ve done but to say thank you… They got a car each.”

Cristy chimed in, “It was incredibly emotional… with something like ALS… They were full-time caretakers… It’s truly amazing, and so to say that building cars for them was a way for Renée to pay them back, it will never be enough, but it’s a start.” 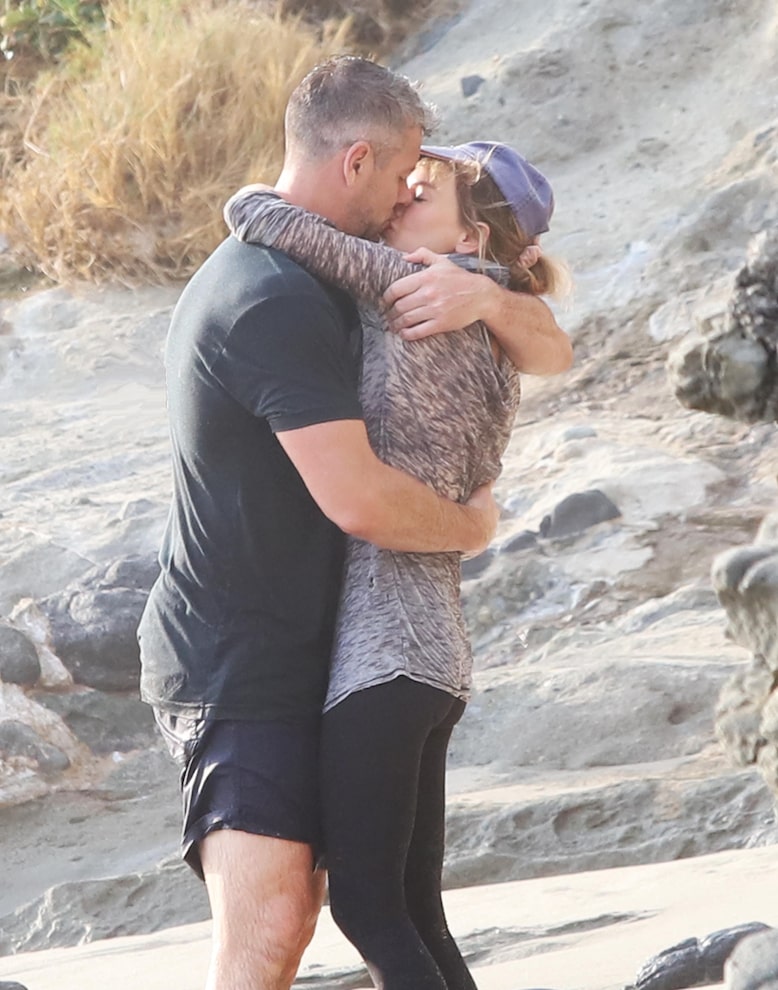 Renée and Ant have been spotted together several times recently. When asked about photos of them together, Ant jokingly ran off-screen. He quipped, “Are we really gonna go there?... I thought we had done really well to keep it secret and keep it under the radar… I know some of the pictures you’re talking about... There is a picture of us… and my mom texted us and she said “What are you, 15?!”

He jokingly added, “The show is called ‘IOU.’ It’s actually Discovery+, IOU! Thank you. Thank you for your dating service. You can now take me off your database. I can recommend you to my single fans.”

Renée is not the only star to appear on the show. Ant elaborated, “The celebrities have chosen some really deserving people.” Cristy emphasized that there are “emotional stories,” revealing, “We didn’t really get a chance to meet the person we created this car for… till the day we gave them the car… All the tears, all the emotion, a lot of good feelings, lots of good vibes. It’s been awesome.”

Ant also experienced some joy at his recent reunion with two of his kids, Amelia, 17, and son Archie, 14. “Unfortunately, due to some red tape with my visa and travel restrictions, I was unable to travel,” Ant explained. “They were unable to see me. It had been a year. Brutal, brutal… It was a really magical reunion. It was emotional, as you can imagine. It was so great to spend time with them and the rest of my family.”