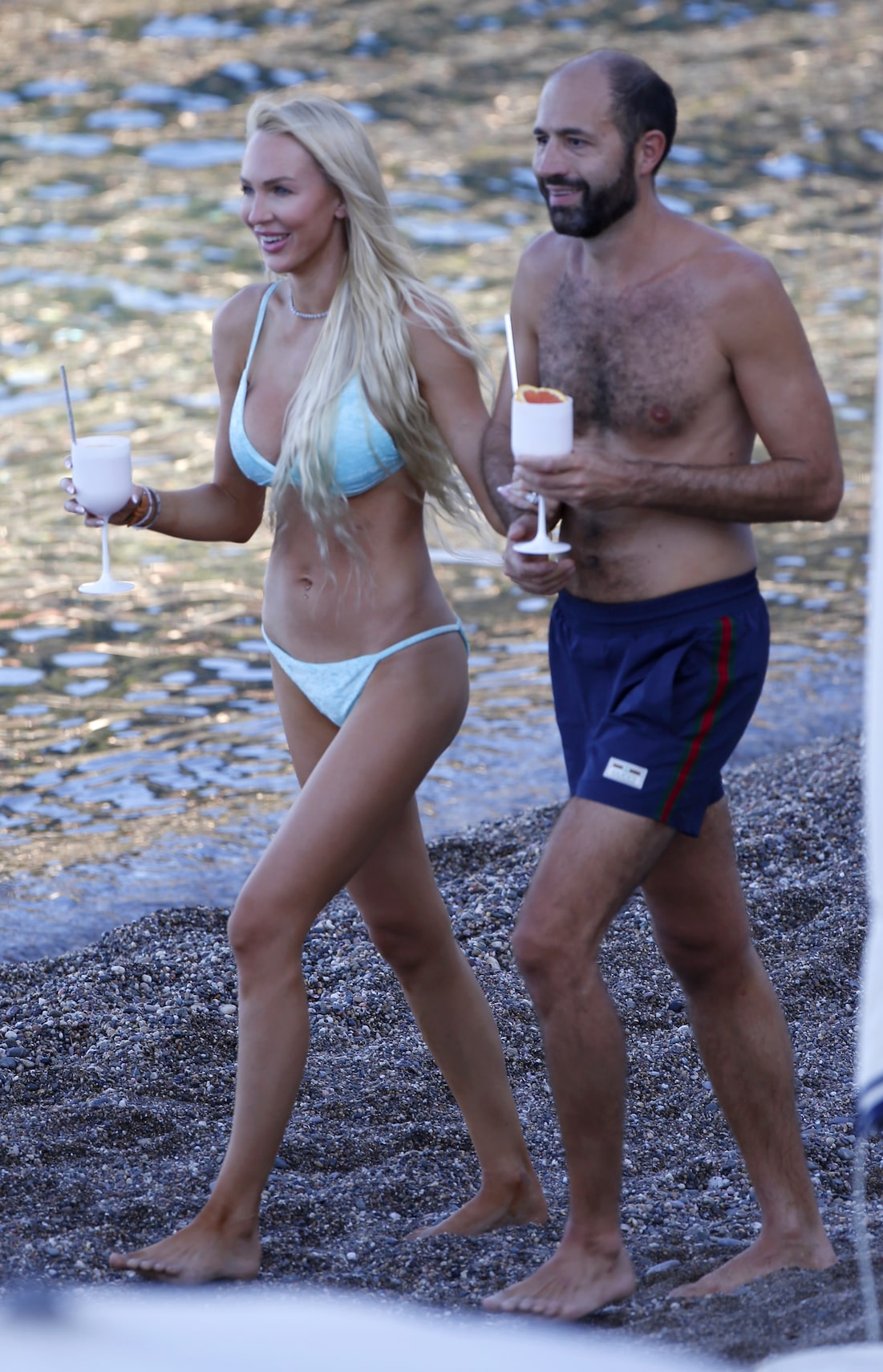 Along with rocking a bright blue bikini, Quinn was seen kissing her husband Christian Richard as they soaked up the sun in Taormina, Italy. 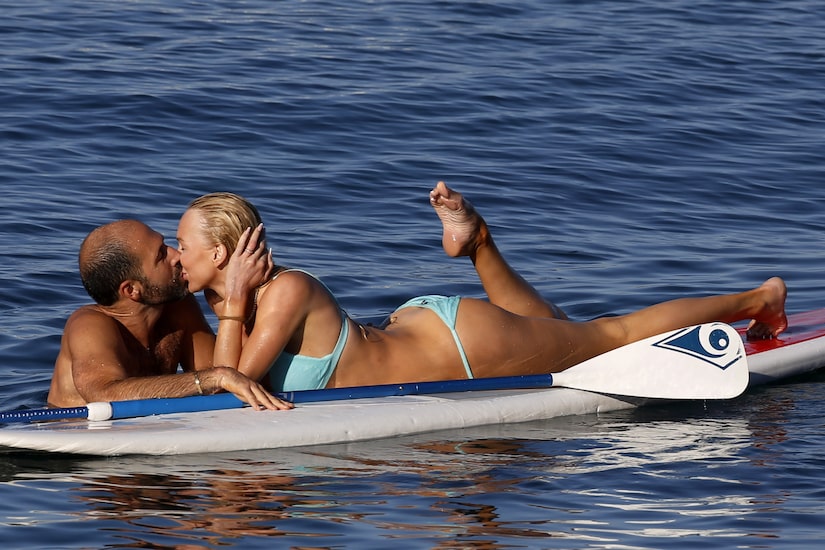 At one point, Quinn was seen doing yoga on a surfboard while Richard stayed afloat in the water.

The sighting comes just months after Christine and Christian welcomed their first child, who they named Christian Georges Dumontet.

The reality star recently opened up about her post-baby body to Us Weekly, saying, “I’m definitely not putting pressure on myself to go back to any pre-baby whatever because what my body went through and what women deal with when they have babies is really crazy.” 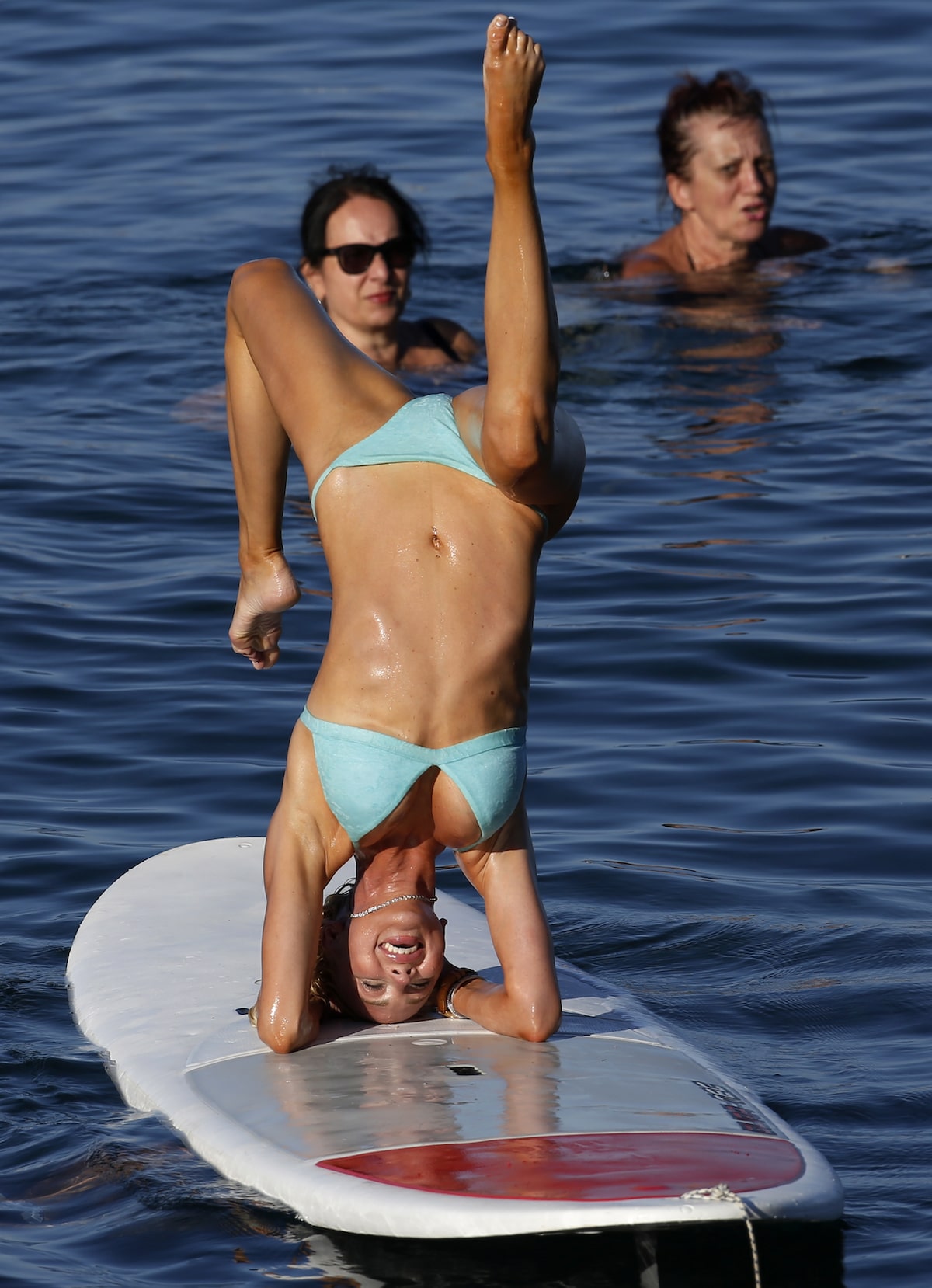 The 32-year-old continued, “I mean in terms of science, it’s so many things going on and I think your body will really never be the same and I think, you know, my body and my hormones will never be the same but that’s something I really embraced and I’m kind of rolling with it. But I’m not putting any pressure.”

Christine added, “I was in a swimsuit yesterday and I was just like, ‘I don’t care what anyone thinks of me. I might look ridiculous and swollen but I don’t care. I had a baby.’ That’s powerful enough!”