Too cute! Actress Emmy Rossum just shared a glimpse of her baby girl.

The “Shameless” alum and husband Sam Esmail welcomed their daughter in May, and she’s posting a photo of the little one for the first time.

The Instagram pic features Emmy in a blue T-shirt, giving her baby a sweet kiss on the back of the head.

Rossum included a message to urge followers to get the COVID-19 vaccine. She wrote, “When I was pregnant I got vaccinated. Not only did we have a healthy, beautiful baby girl but we also just learned our daughter now has antibodies. In short, stop being an irresponsible idiot and get the vaccine.” Sam shared the same message on Twitter.

The couple announced their daughter’s arrival with a series of maternity pics in May. Emmy wrote at the time, “5.24.21 On a sunny Monday morning, at 8:13AM, we welcomed our daughter into the world.” 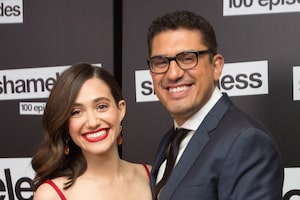 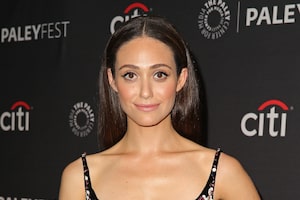 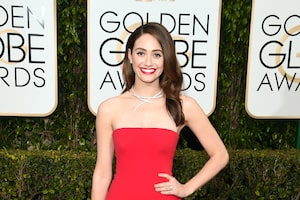