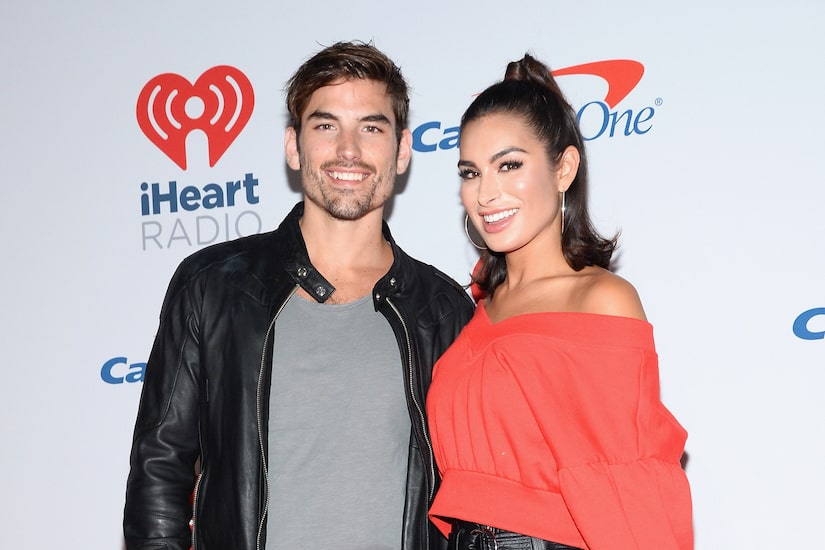 “Bachelor in Paradise” couple Ashley Iaconetti and Jared Haibon have a baby on the way!

On Thursday, Ashley and Jared broke the news during an Amazon Live event. Before kissing Jared, she said, “I’m pregnant!”

In another interview with Us Weekly, Iaconetti revealed that she's "very sick." She said, "I’ve been very sick for the last month... I haven’t done anything but sit on the couch literally day after day. Thank God for me re-watching Grey’s Anatomy. It gets me through. I’ve been so sick that, like, I can’t [post]. I can’t do anything. So I have nothing to show people. So it’s like, I have to just tell people why.”

Jared added, "The poor thing has legitimately been sick for months, throwing up constantly. I feel terrible. It’s just been a constant cycle of crackers, ginger ale.”

The pregnancy news comes over a month after she revealed that they "missed" her fertile window, due to "irregular" cycle. On Instagram, she wrote, “A couple months ago, I was saying I would start feeling worried if I wasn't pregnant by June. This month was annoying, because I ovulated five days earlier than expected and we pretty much missed my fertile window. I haven't had an irregular month in YEARS. I don't know whether it was the stress of moving into our apartment or what."

She added, “I would have been nervous about my fertility if I hadn't gone to my OB/GYN a couple weeks ago. She assured me that not being pregnant after 6 months of trying is totally normal and she's not concerned at all."

Ashley and Jared already have some baby names in mind. She shared, “We're not telling a future boy's name because we're set on it, and I have been set on it for over 10 years. I don't want anyone to steal it/I don't want it to become popular! (As if I have the power to do that). I like Arena for a girl because the fan girl in me gets high off the energy in an arena. Jared's not sold on it."

Last year, the pair opened up to "Extra's" Rachel Lindsay about their plans to start a family. Ashley explained why they were so open about it, “We’ve been married for a year, I’m gonna be 33 in March. I just think it’s kind of our natural progression, and  Bachelor Nation loves babies, they love baby talk.” Jared said, “The  pressure wasn’t just coming from Bachelor Nation, it was also coming from my mother-in-law.” Ashley laughed, saying, “That whole ‘when the  ovulation is happening’ is something parents don’t understand.”