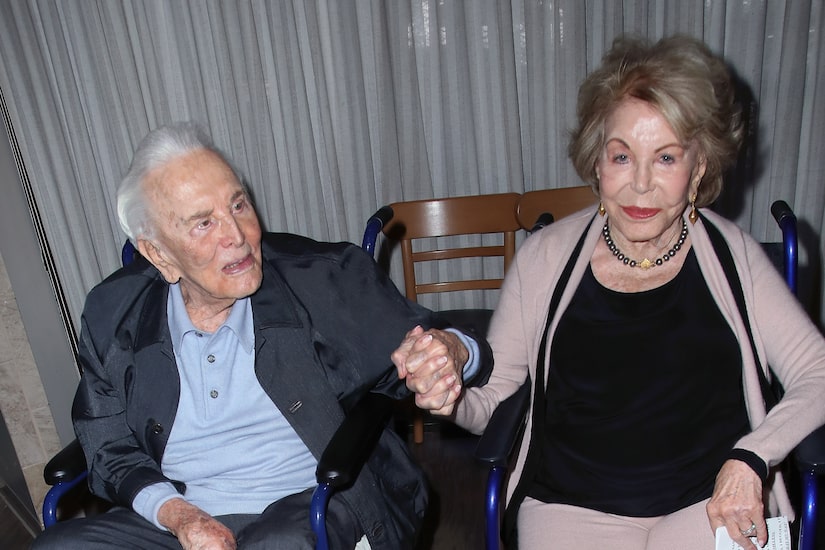 People magazine confirms that Douglas died at her Beverly Hills home on Thursday.

In a statement, Kirk’s famous son Michael Douglas said, “Anne was more than a stepmother, and never 'wicked.' She brought out the best in all of us, especially our father. Dad would never have had the career he did without Anne's support and partnership. Catherine [Zeta-Jones] and I and the children adored her; she will always be in our hearts."

“My father could never keep a secret. Anne was just the opposite, That's why I was so moved when I read their co-authored book, ‘Kirk and Anne,’ in which she talked about her early life in Germany; her war years in occupied Paris; and her career before she met my father," Michael went on. "She also included their private correspondence, which gave me new insights into their courtship and marriage."

Just a week ago, Michael paid tribute to Anne on her birthday. He wrote on Instagram, “Happy Birthday Anne Douglas! We love you! ❤️ Michael, Catherine, Carys, & Dylan.”

Anne was a film publicist when she met Kirk on the set of the 1953 movie “Act of Love.”

A year later, they wed in Las Vegas. In honor of their 50th anniversary in 2004, the couple renewed their vows.

Kirk once shared, “I often wonder what would have happened to me if I hadn't married Anne. I might not have survived without her business acumen and her finely-honed instincts. She saved me from financial ruin when she persisted in her distrust of my long-time lawyer and surrogate father, who indeed stole the fortune he told me I had. She saved my life when she refused to let me fly to New York on Mike Todd's plane which crashed, killing everyone aboard. She gave me tough love when I had my stroke and thought I would never speak or work again. Anne is selfless, compassionate and loyal to a fault. She also has a wicked sense of humor and can make me laugh in English, French and German." 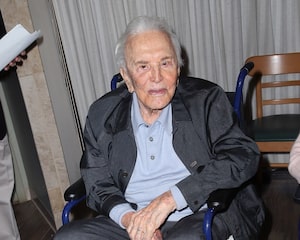 Kirk Douglas’ Will Revealed — Who Inherits His Fortune?

During her lifetime, Anne was also a philanthropist, serving on the boards at the Mark Taper Forum and the Center Theater Group, as an original founder of the Cedars-Sinai Research for Women’s Cancers, and also founding the Anne Douglas Center for Women at the Los Angeles Mission.