Actor Mel Gibson is opening up to “Extra’s” Terri Seymour about his battle with COVID-19, which left him hospitalized for a week.

Mel, who was joined by his “Boss Level” co-star Frank Grillo, said of the coronavirus, “It doesn’t feel like anything else you have ever had.”

But now, he said, “We’re doing all right.” Making Frank and Terri laugh, he joked, “I still get to the bathroom by myself.”

Mel, a father of nine, admitted that one of his toughest challenges right now is keeping up with his 4-year-old son Lars during the pandemic.

Mel and Frank star alongside Naomi Watts in “Boss Level,” about a former Special Forces agent trapped in a time loop where he always ends up murdered by assassins. Naomi plays Frank’s ex-wife and Mel is the head of the secret government program who’s responsible for Frank’s bad day.

Terri asked him how many times he dies in the movie, and Frank replied, “Over 200. Yeah, I die a lot.”

She asked Mel, “If you could relive any of your days over and over again, which day would you pick?”

He answered, “Any mistake I’ve ever made. I’d have to go through the litany of bad decisions and mistakes and then grade them and find the worst one and do that.” 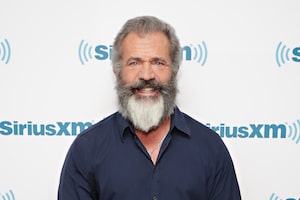 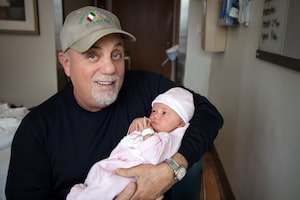 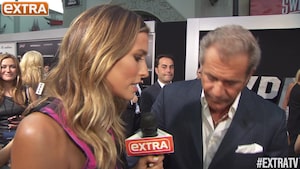