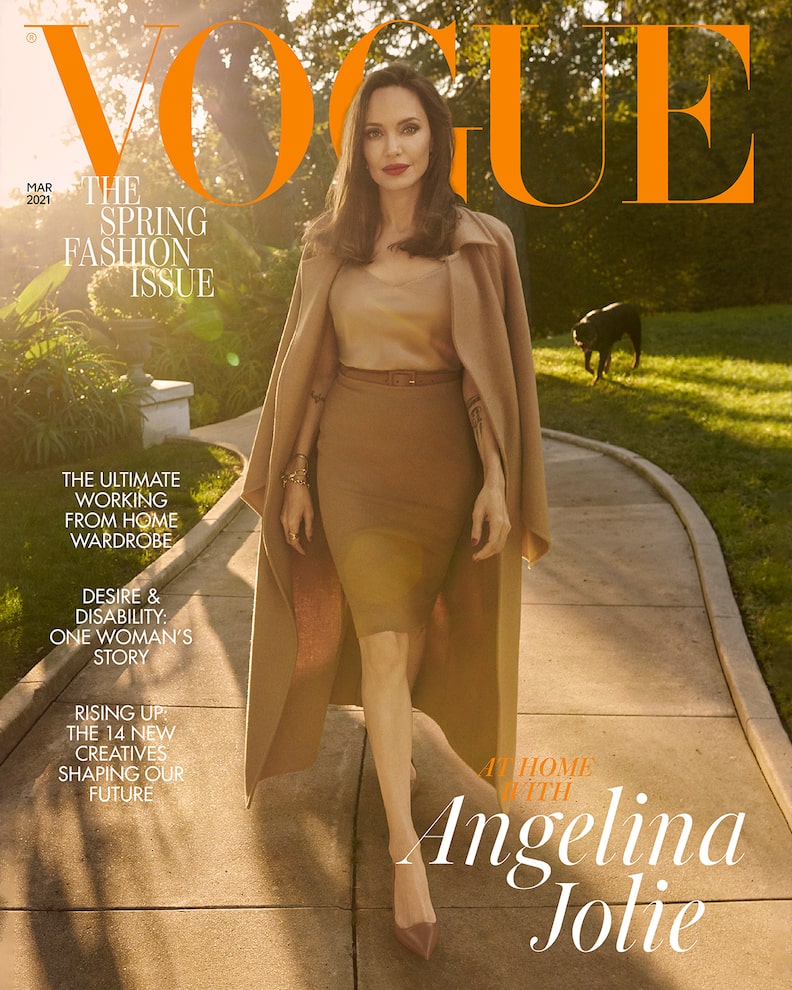 Like so many parents out there, Angelina Jolie is spending a lot of time with her kids in quarantine.

The Oscar winner is opening up about the good and the bad in a new interview with British Vogue Editor-in-Chief Edward Enninful.

Reflecting on the past year, she pointed out some of their “life markers,” including Pax’s senior year of high school and Zahara learning to drive!

“I think that like most families, we have had this bigger thing happening with the pandemic,” she said. “But of course you also have these life markers. We went into it having just gotten out of the hospital with Zahara [who underwent surgery early last year], and we were so happy she was OK that we entered lockdown in a different state of mind.” 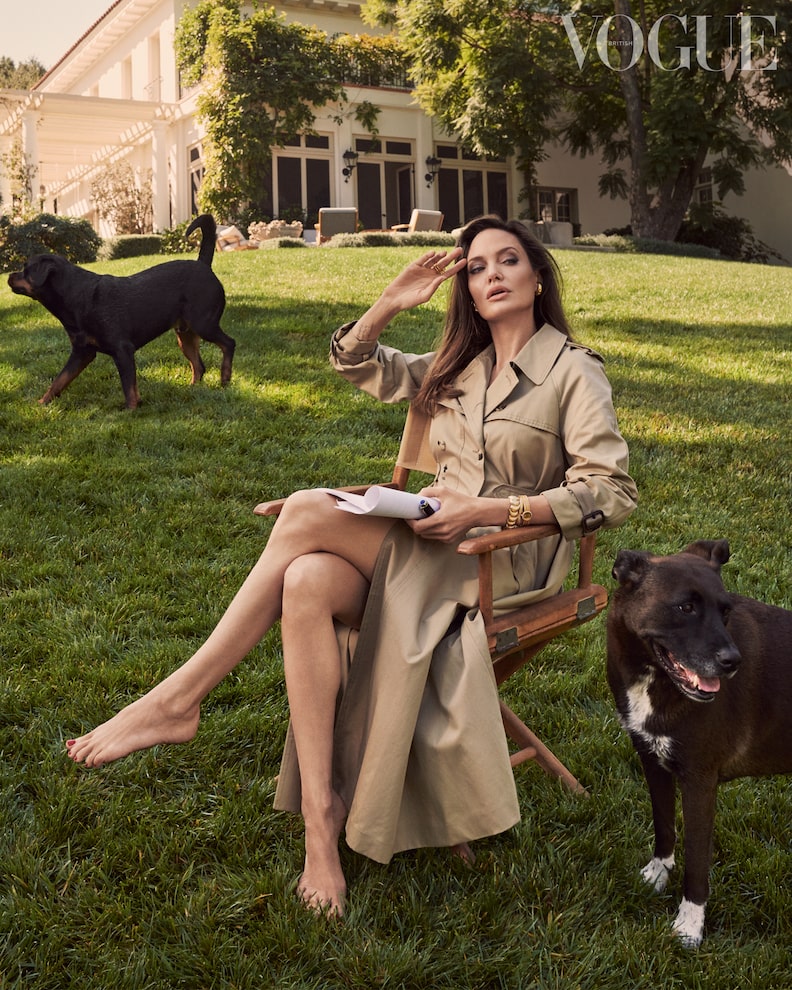 She continued, “But, you know, there are also these other markers of life: Pax going into his senior year, but not being able to enjoy all that it is to be a senior; Zahara finally getting her driving licence, but she’s taking the test with the driver wrapped in the full outfit with the masks. It’s not how you imagine these moments. But birthdays go on, and I think that for many people, it’s made us all feel very human together. There’s something beautiful about that.”

When asked about a typical day at home, she revealed, “Well, I was never very good at sitting still. Even though I wanted to have many children and be a mom, I always imagined it kind of like Jane Goodall, travelling in the middle of the jungle somewhere. I didn’t imagine it in that true, traditional sense. I feel like I’m lacking in all the skills to be a traditional stay-at-home mom. I’m managing through it because the children are quite resilient, and they’re helping me, but I’m not good at it at all.”

The star added, “Well, I love them. I feel like we’re such a team. It may sound clichéd, but you love and you try, and even if you burn the eggs, that doesn’t matter in the end. But also, you’ve met our kids. They’re pretty capable.”

Angie, who is 45, also shared a humorous moment with her brood as she talked about her age. “I’m looking forward to my fifties — I feel that I’m gonna hit my stride in my fifties. Though we were on the trampoline the other day, and the children said, ‘No, Mom, don’t do that. You’ll hurt yourself.’ And I thought, ‘God, isn’t that funny?’ There was a day I was an action star, and now the kids are telling me to get off the trampoline because I’ll hurt myself.”

Talking a bit of politics and the new administration, she said of the election, “Well, I put a lot of my hopes for the future on the younger generation. Maybe that’s because I live with six kids, aged 12 to 19, so I see that particular group — and I certainly see how much more pressure they are under than we were at their age. They’re quite overwhelmed with a lot of information that we were sheltered from. But I see Mad [Maddox] online speaking in Russian to someone or talking to Korea, or Shi [Shiloh] saying hi to her friends in Namibia, I see there’s this new way young people can connect and know each other in this global way. It’s how they’ll start to solve our problems.”

Jolie, who is in the midst of a divorce from Brad Pitt, also shared how she’s doing today. When asked if this is a “happy stage” in life, she said, “I don’t know. The past few years have been pretty hard. I’ve been focusing on healing our family. It’s slowly coming back, like the ice melting and the blood returning to my body… But I’m not there. I’m not there yet. But I hope to be. I’m planning on it. I do like being older. I feel much more comfortable in my forties than I did when I was younger. Maybe because… I don’t know… maybe because my mom didn’t live very long, so there’s something about age that feels like a victory instead of a sadness for me.”

See the full feature in the March issue of British Vogue available via digital download and on newsstands Friday, February 5. 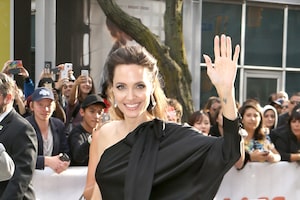 Angelina Jolie on Life in Quarantine with Her Kids, Plus: Her New Movie ‘The One and Only Ivan’