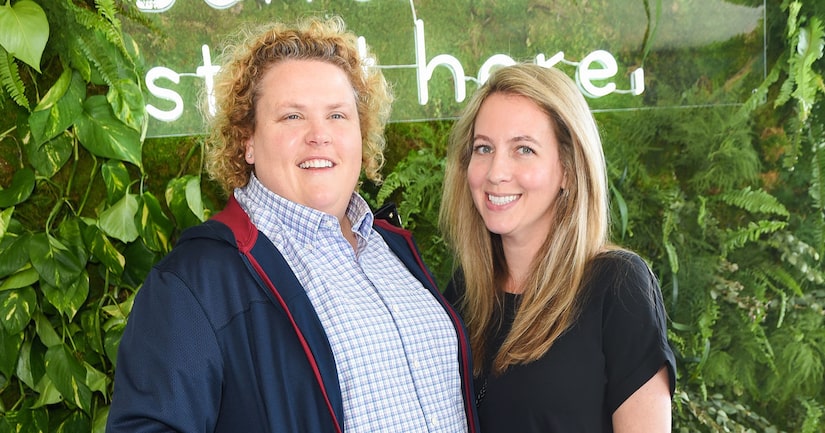 Just days ago, Feimster tied the knot with longtime girlfriend Jacquelyn Smith in Malibu. She shared on Instagram, “We got married!”

Fortune revealed that the COVID-19 pandemic altered their wedding. She said, “Jax and I decided to forgo the big wedding we planned to have due to the pandemic and decided fairly last minute to do a tiny ceremony on the beach. We'll celebrate with friends and family in a year when it's safer to do so."

For their special day, Fortune wore a blue suit while Jacquelyn opted for a beachy white dress.

Feimster told People magazine, “We only had a couple of good friends there. We all had COVID tests. We purposefully kept it small for the reasons of it being during a pandemic. We had started [planning] in early March to start to look because it was never going to be a traditional wedding per se. It was going to be more of a celebration, but we were starting to look at venues and stuff, and then COVID hit. So then we were like, 'I guess that big thing is not happening.'"

“We just asked a couple of our close friends we knew had been taking the quarantine and pandemic seriously. We only gave them a week's notice,” Fortune went on. “We said, 'Would you guys be willing to take COVID tests and keep hunkering down leading up to the day?' And they were like, 'Absolutely.' So yeah, so we felt good about that. We felt like everybody was being super responsible."

For those who were unable to attend, the wedding was livestreamed over Zoom.

The wedding was extra-special for the pair, who have been unable to see their friends due to the pandemic. She said, “To just get to have a day where you got to be with your friends, everybody just kept saying, 'Oh, my gosh, to be making happy memories again feels so nice. I think it ended up being even more special for us and for our friends because 2020 has been so overshadowed by so much loss for so many people, and hardships and anxiety. It was just a nice, special, happy day where for one day you didn't think about that, all the stuff that's been going on."

The couple is planning to honeymoon in the Maldives.

The pair decided to get married because they are concerned that the right to same-sex marriage could be overturned as the makeup of the U.S. Supreme Court tilts conservative. Fortune explained, “Hopefully, marriage equality is here to stay. But we wanted to be more proactive and get married while we know we can. It definitely got the ball rolling for us a lot faster. I mean, we were going to get married no matter what, but we just were like, 'Why wait?' We've been engaged for like two-and-a-half years. You just don't know what will happen when the tide shifts so significantly with the Supreme Court. You hope that they listen to the country. I mean, the majority of people support marriage equality. You want that to be the voice that guides them in that decision, but you just don't know."

Fortune and Jacqueline had been together over five years. She pointed out, “If you don't know who you're marrying after five and a half years, then you're in trouble. So I knew it felt good, it felt right.”