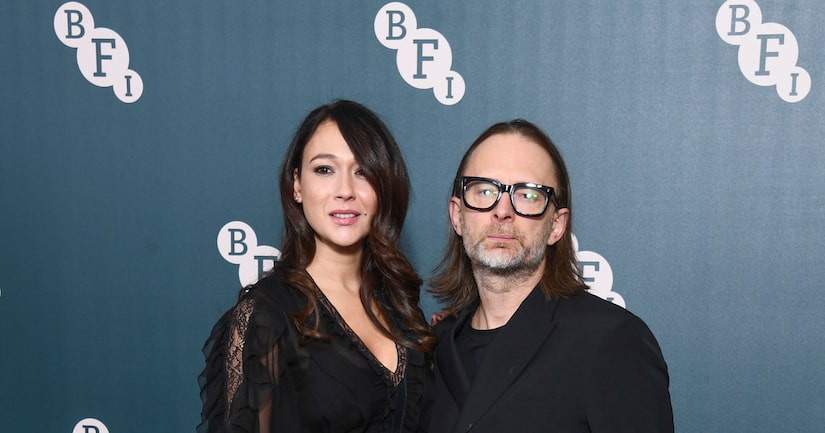 Over the weekend, Yorke, 51, tied the knot with his actress girlfriend Dajana Roncione, 36, in Sicily.

It looks like the pair hired photographer Greg Williams to capture their special day. He posted a pic of them “chilling” after the wedding.

Before their wedding day, Thom told la Reppublica, “In these strange times we hope that our wedding can be a small celebration, with our friends and family, of Sicilian culture and its way of life.”

The two dated for three years before the wedding. He even featured her in his short film “ANIMA.”

Yorke was previously married to Rachel Owen, mother of his two children Noah and Agnes, but they called it quits in 2015. At the time, he told NME, “Rachel and I have separated. After 23 highly creative and happy years, for various reasons we have gone our separate ways. It's perfectly amicable and has been common knowledge for some time."

In 2016, Owen died of cancer. Following her passing, he told BBC Radio 4, “When the kids' mum died, it was a very difficult period and we went through a lot. It was very hard. She suffered a great deal and my ambition is to make sure that we have come out of it all right, and I hope that's what's happening."