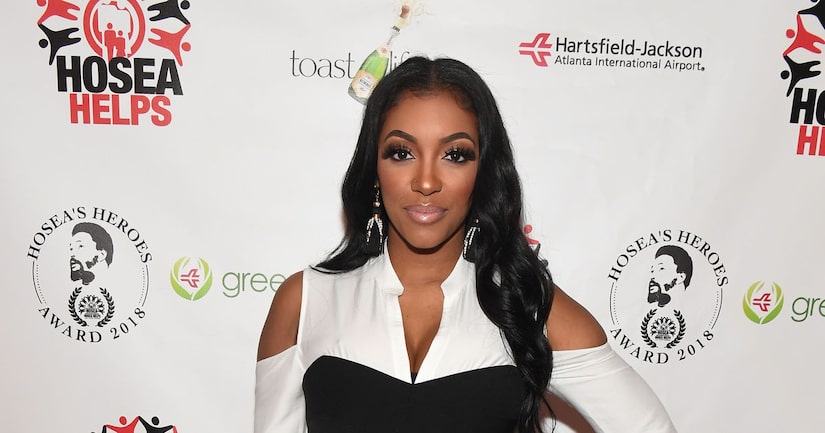 On Tuesday, “The Real Housewives of Atlanta” star Porsha Williams was arrested after taking part in a Breonna Taylor protest in Louisville, Kentucky.

TMZ reports Williams was handcuffed and taken away during a demonstration outside the home of Kentucky Attorney General Daniel Cameron, who has not yet filed criminal charges against the Louisville cops involved in Taylor's killing.

The Louisville PD told the outlet that protesters were arrested for trespassing on Cameron's property. They said that 87 people were arrested and charged “due to their refusal to leave the property and their attempts to influence the decision of the Attorney General with their actions."

Porsha's sister Lauren posted a video of her arrest on Instagram. Lauren praised Porsha, writing, "She has always been fearless. You mess with her people, you mess with her. She takes the case of #breonnataylor personally and she's sacrificing work, time with her loved ones, and her comfort to make sure the offenders are held accountable for their actions. This is her passion, this is her purpose. God please protect them."

A month before her arrest, Williams was overcome with emotion while discussing racism and police brutality. She told “Extra” while quarantining at home, “It's just difficult to keep waking up and seeing more and more death. More Black people being killed and even more and more white people being mistreated at the protests. It's just hard to wake up and see what we're dealing with.”

Williams took to social media to detail how she and the crowd she was in were tear-gassed by police on the frontlines of an Atlanta protest. She reflected, “That was just awful. It really was… It was disheartening to be out there and try to be heard and wanted to send this powerful message that we are standing together in a visual way… And to be gassed felt like I was being silenced.”

The reality star, who has been active with Black Lives Matter in both the cases of Breonna Taylor and George Floyd, vowed to keep fighting, emphasizing, “It was tough for me to go back out there after that. It was a bit traumatizing. But I'll tell you what it really taught me is that protesting is a real thing… You are definitely putting your life on the line.”