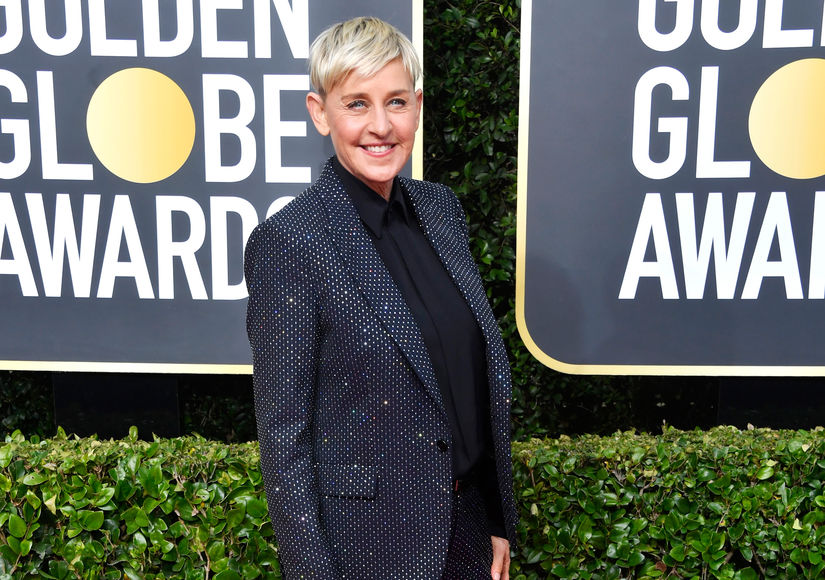 The stars were out in full force Friday for Pride Live’s virtual Stonewall Day.

The event commemorates the 1969 Stonewall Riots, when New York City Police raided the Stonewall Inn, a gay club in Greenwich Village. Riots and protests ensued and gave way to the gay rights movement.

Ellen DeGeneres was among the celebs to speak out, as she asked fans to take action. “The Stonewall Uprising was 51 years ago, and without it the LGBTQ community would not be where it is today,” she said. “Now, more than ever, we need to continue to fight. We have to fight for our black men and women who are being killed just for the color of their skin, we have to fight for the transgender community who are losing all of their rights to medical care and we have to fight for those who have lost everything to COVID-19… march, rally and vote.”

Presidential hopeful Joe Biden and his wife Jill made a surprise appearance on the livestream. Biden told viewers, “The fight is far from over and the path ahead is going to be anything but easy. These fights require leadership. Wherever injustice exists, leaders across the world must respond with action. I assure you that America once again will be the beacon of hope for LGBTQ people, here at home and throughout the world.”

Former President Barack Obama also shared a powerful message, saying, “Whether we’re fighting to protect a patient from discrimination in the healthcare system, or to combat violence against the LGBTQ community, particularly trans women of color, or to link arms with the causes of racial and justice that have been sweeping the country, I hope you know that your voice can make an enormous difference. I hope you all understand what Edie Windsor and Harvey Milk and Bayard Rustin all knew: that progress doesn’t happen on its own. It happens because we stand up, speak out, and demand change. That’s what America has always been about. So keep on protesting peacefully and safely, whether that’s in your home, on social media, or out in the streets. Make sure you’re registered to vote.”

Taylor Swift, who performed at last year’s event in NYC, appeared on video, saying, “The Stonewall Inn has been such a symbol of rebellion in the face of oppression, and such a safe place for people. I wanted to say thank you to everyone who works there, everyone who has worked there, and everyone who has made it the place that it is.”

She also called on fans to vote, saying, “We had a really good step forward recently with the Supreme court ruling based on discrimination based on sex, but we still have so far to go in terms of equality and protections for LGBTQ people and people in the trans community. The Equality Act has still not been passed, and that needs to happen… we need to exercise our right to vote this year and check out our absentee ballot policy in our states and we need to make sure we elect people who care about all communities.”

An important message from @taylorswift13 on #StonewallDay happening NOW on @LogoTV's YouTube & FB. To donate, text REBEL to 243725. pic.twitter.com/rpHtDU7PF1

Trans advocate Blossom C. Brown addressed Black Lives Matter and violence against trans women. She said, “This year, I see the pain inside our community, in and out. As a trans woman of color, I know what it is like to feel unsafe. We have lost so many trans women of color to police brutality and we cannot accept that. So I give my respect now to our partners in protest in every community. We say the names of those lives lost like George Floyd, Breonna Taylor, Ahmaud Arbery, Rayshard Brooks, Tony McDade, Dominique Fells, Riah Milton. For those who just don’t get it, let me remind you, you can’t love our culture and not love our people it has to be all for one and one for all.”

Katy Perry, who is expecting her first child with Orlando Bloom, opened up about wanting to be of service, and expressed her wish for her unborn child.

“This Pride, I am really focused on ways I can be of service… and how can I use my privilege and my platform to support the movement toward justice and equality. That mission feels more important to me than ever as I get ready to bring a new life into this world. The wish I have for my child is that she will be happy and healthy and safe. It is the same wish every mother has for their kid. It is the wish that Trayvon’s mom had, and Breonna’s and George’s and Tony’s and the list is too damn long. But I am here to listen, learn and take action so that every wish can come true for every family.”

Fashion designer also Christian Siriano also shared a message of solidarity, saying, “Pride is for everyone. It is for people inside the community and people out, and I think that that is something really beautiful and inspiring to thing about. This year you don’t really need to be in the same place to connect… it is the energy that we take with us everywhere we go no matter where we are and I think right now that means you have pride in you, because wherever you are you can still celebrate and that’s what we want today is to celebrate.” 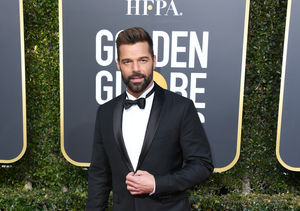 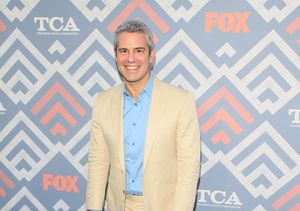 Andy Cohen on Pride, His Post-COVID-19 Chest X-Ray, and the Moment Ben Met…