According to court documents, Vanessa is suing Island Express, alleging the crash never should have happened. She lists heartbreaking damages, including loss of love, affection, care, society, service, comfort, support, right to support, companionship, and solace or moral support.

At the time of her initial filing, Vanessa also mentioned loss of financial support, but a dollar amount was not listed.

At the time of his death, Kobe was reportedly worth at least $600 million.

According to BodyArmor founder Mike Repole, Kobe’s widow Vanessa recently inherited control over his stake in the company.

Repole told Fox Business, “I lost a dear friend. I lost a brother with Kobe and BodyArmor lost a founding father. Kobe Bryant’s fingerprints are all over the BodyArmor brand. The brand wouldn’t be in the position it’s in if Kobe wasn’t a believer back in 2012 and 2013.”

“For me, this has always been a journey, the last seven or eight years, with Kobe, and now I feel like this is a journey for Kobe,” Repole added. “To me, BodyArmor really is his business legacy. Kobe saw in BodyArmor, when we were under $5 million in sales, what nobody else saw.” By 2018, Kobe’s stake was reportedly worth $200 million after Repole made a deal with Coca-Cola, valuing his company at $2 billion.

Along with investing in the company, Bryant was also part of the company’s board of directors, served as one of its most prominent brand ambassadors, and offered creative input on the brand’s advertising.

In 2017, Kobe wrote, directed and narrated the brand’s first-ever TV ad. He said, “I enjoy storytelling and have always taken an active role in my campaigns throughout my career. As an investor in BodyArmor, this is additional value I bring to the brand. I’m able to provide a creative voice — as an athlete – to give the product an authentic and credible voice.”

A few months ago, UFC president Dana White, Kobe received an investment payout from the company just days before his death. He told TMZ, “Kobe got a distribution from the UFC the Wednesday before the incident and he was so pumped up and excited and he said what everybody always says, 'I wish I had invested more!'"

The amount of the payout is unknown, but White emphasized that 2019 was the company’s “best year.”

In January, Kobe and his 13-year-old daughter Gianna perished in a helicopter crash with seven others. 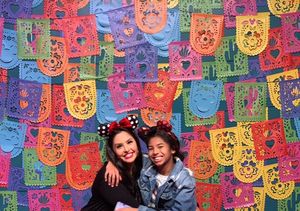 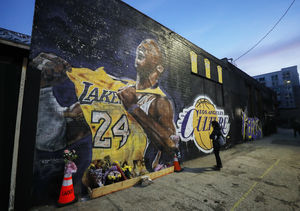