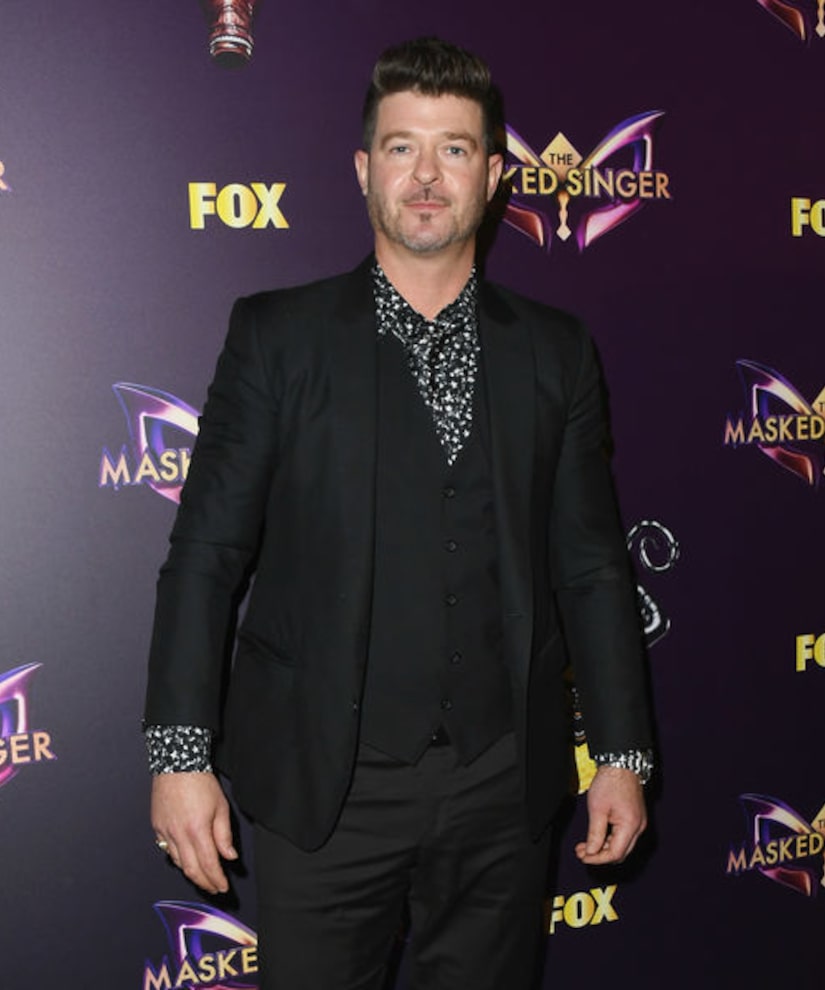 The finale of “The Masked Singer” airs Wednesday night, and “Extra's” Billy Bush caught up with judge Robin Thicke to get his take on the contestants, his life in quarantine, and more.

Robin is at home with his fiancée April Geary and their two little girls Mia, 2, and Lola, 1, as well as his son Julian, 10, from his previous marriage to Paula Patton.

Billy commented that the singer looked like he has lost weight in quarantine. Thicke replied, “I've been doing a lot of cardio chasing babies around… My son is 10, so… I'm teacher by day, Daddy in the morning, Daddy in the evening, and teacher in the afternoon.”

Robin added that Julian is doing well in homeschool, saying, “I like structure, and he's a great student so he thrives on it.”

Thicke is doing well, too, explaining, “I will never regret getting extra time with my kids. I am making the most of it.”

The singer also dished on his new single, “Forever Mine,” telling Billy, “It's a love song. It's kind of an old-school flavor.” He continued, “This song is definitely about when you find that perfect someone and can't let them slip by.”

“The Masked Singer” is down to the Turtle, the Night Angel, and the Frog, but Robin played coy on who they might be. “I'm well-informed at this point,” he said, adding, “They all have something special… I've gone back and forth between a few people… I like to leave my guesses for the show.”

The show was picked up for a fourth season, and he said, “Honestly, that show has been nothing but a blessing for our family… We're very lucky to have a happy, healthy family right now. And we just want to send all the love to all the first responders out there for everything they've been doing in helping people keep us safe. God bless you all.” 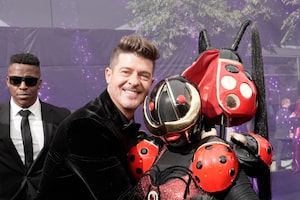 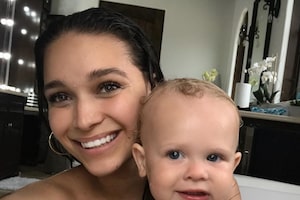 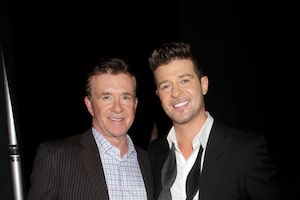