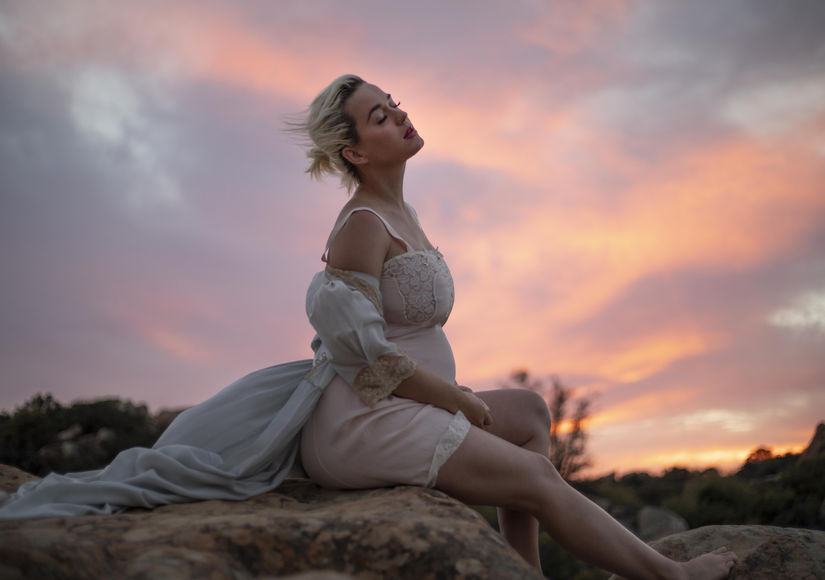 Mom-to-be Katy Perry is showing off her baby bump in the nude for her “Daisies” music video!

In the video, Katy wears a whimsical white dress as she sings in nature, with beautiful scenes of flowers.

Later, she strips her clothes off next to a waterfall with her growing belly on full display.

“Extra’s” Renee Bargh recently spoke with Katy about her upcoming performance of “Daisies” on the “American Idol” finale next week. Perry teased, I’m really excited personally, my team and I have come up with a really innovative way to perform my new song ‘Daisies.’”

During this week’s “Idol,” Katy gave a pregnancy update to host Ryan Seacrest. She revealed, “I don't know what it is to be a mother, although I’ve always felt very motherly to my friends and my fans, but I know I’m about to step into the next level. I even have a bump. She’s kicking, too. She kicks when the performances are good. So just let them be good but not too good because it’s painful!"

Perry also shared a sonogram of her baby girl as she celebrated her first Mother’s Day as an expectant mom. She wrote on Instagram, “When your unborn daughter gives you a middle finger from the womb you know you’re in for it #happymothersdaytome😳.”

Katy is expecting her first child with Orlando Bloom. During an interview with Zoe Ball on "The Radio 2 Breakfast Show," Perry hinted that her due date is sometime after her album drops on August 14. 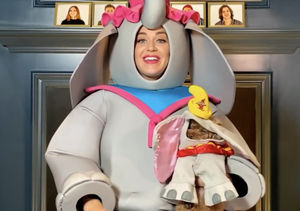 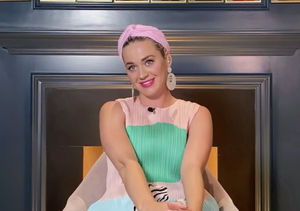 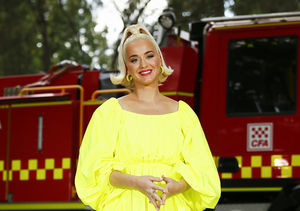