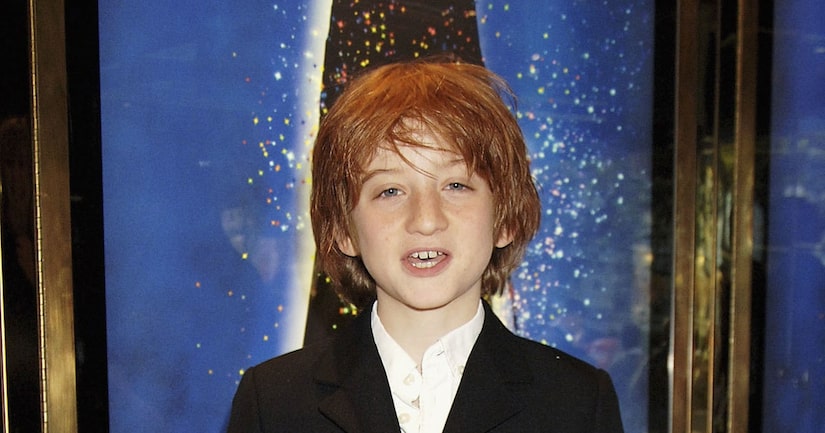 James "Iggy" Fox, who under the stage name Raphaël Coleman played Eric in the 2005 movie "Nanny McPhee," has died at the age of 25.

Over the weekend, Fox's mom Liz Jensen broke the sad news, tweeting, "Rest in peace my beloved son Raphael Coleman, aka Iggy Fox. He died doing what he loved, working for the noblest cause of all. His family could not be prouder. Let's celebrate all he achieved in his short life and cherish his legacy."

She linked to an article from Extinction Rebellion, a climate change movement that aims to "minimize the risk of social collapse," that reveals Fox died February 6.

According to his stepdad Carsten Jensen, he "collapsed without prior health problems in the middle of a trip and could not be restored."

Jensen also paid tribute to Fox on Facebook, writing, "I will never forget you, we say in a farewell greeting to the dead. But when it's your own child, it's your genes, your whole body, something greater than the word I who forever refuse to accept the judgment of death. Raph wasn't my child, even though I was close to him. But I can feel it myself. I see it in his mother's eyes, and I hear it in her voice, the irreversible loss of the most precious thing in life."

Fox, who had worked in science and was a climate change activist at the time of his death, only appeared in two more features and a short (all 2009) after "Nanny McPhee" before leaving acting.

In an article for Extinction Rebellion, Fox explained his purpose in life, writing, "I'm rebelling in love for this world and the wild. In compassion for the Indigenous, local and First Nations peoples who are persecuted protecting the ecosystems we all need to survive. In rage for the environmental defenders murdered every week — my siblings in the fight for life."