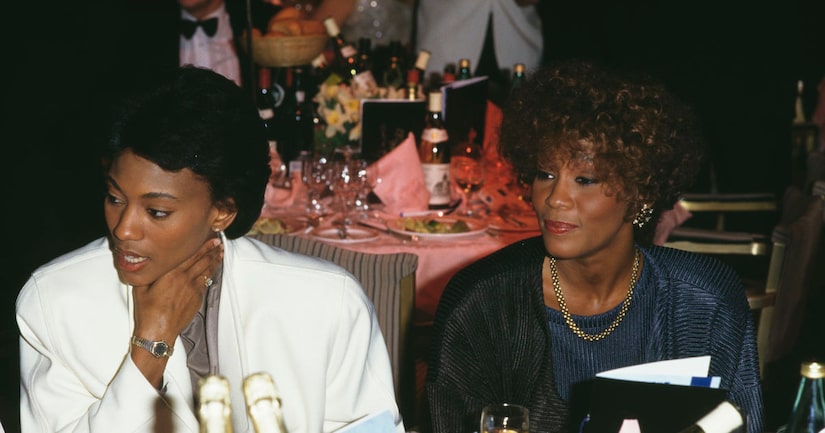 In her new memoir, “A Song for You: My Life with Whitney Houston,” Robyn is opening up about their relationship. In excerpts released by People magazine, she claims the two were romantic partners before Whitney rose to fame.

She writes in the book, “We wanted to be together, and that meant just us.”

According to Robyn, Whitney ended the physical part of their relationship in 1982. “She said we shouldn't be physical anymore, because it would make our journey even more difficult... She said if people find out about us, they would use this against us, and back in the '80s that's how it felt."

That was the same year Houston was signed to her record deal by Clive Davis at Arista. She shot to fame in 1985 with a string of indelible pop hits.

Robyn notes that Whitney's mom Cissy Houston didn't approve of their close relationship, saying, “Whitney told me her mother said it wasn't natural for two women to be that close, but we were that close."

In another excerpt obtained by RadarOnline.com, Robyn reflects on the first time they were intimate. She writes, “One day, Whitney and I were spending time together and she whispered, 'We're spending the night at Larry's.' At the apartment we took off our clothes and for the first time, we touched each other. Caressing her and loving her felt like a dream.”

“We didn't share what happened that night with anyone,” Robyn goes on. “I wasn't ready to give up our intimacy either, though I understood how hard it could be in the music business.”

In an upcoming episode of "Dateline," Crawford told Craig Melvin, "It was during that first summer that we met, was the first time our lips touched. And it wasn't anything planned, it just happened. And it felt wonderful. And then, not long after that, we spent the night together. And that evening was the night that we touched. And that just brought us closer.”

Crawford points out that there were no labels with their relationship, adding, “We just lived our lives and I hoped it could go on that way forever.”

Crawford and Houston met as teens when they were camp counselors. Robyn became part of Whitney's entourage when she reached superstardom, and was even in her wedding to Bobby Brown.

Robyn emphasizes in the book, “Whitney knows I loved her, and I know she loved me. We really meant everything to each other. We vowed to stand by each other.”

Robyn and Whitney's relationship was also a topic in the 2017 documentary “Whitney: Can I Be Me.”

The film features new and old interviews with Whitney's inner circle of friends and family, including her stylist and friend Ellin Lavar, who claimed, "I don't think [Whitney] was gay, I think she was bisexual. Robyn provided a safe place for her… in that Whitney found safety and solace.”

According to Lavar, Whitney's life started to spiral after Robyn agreed to step away. "That was the downfall of of Whitney. Robyn was the person who was keeping her together."

Also in the doc, Houston's former bodyguard David Roberts commented on the contentious relationship between Bobby and Robyn, saying, "Bobby Brown and Robyn Crawford were like fire and ice. They hated each other. They'd battle for [Whitney's] affections. Bobby and Robyn had some physical altercations and there were times where he wasn't always the winner. But then Whitney would always come and pour oil over troubled waters.”

In 2016, Bobby confirmed that Whitney was in a bisexual relationship with Robyn, telling Us Weekly, "I know. We were married for 14 years. There are some things we talked about that were personal to us.”

"I really feel that if Robyn was accepted into Whitney's life, Whitney would still be alive today,” Bobby shared in his memoir. "She didn't have close friends with her anymore.”

Whitney's mom Cissy also commented on a possible relationship with Robyn in her 2013 memoir “Remembering Whitney.” Of the romance rumors, she said, "I know nothing about a romantic relationship. That's what everybody said but they didn't know either.”

That same year, Cissy also told Oprah that it would “absolutely” bother her if Whitney was gay.

When Whitney died in 2012, Robyn wrote in an obituary for Esquire, "I loved her laughter, and that's what I'll miss most.” 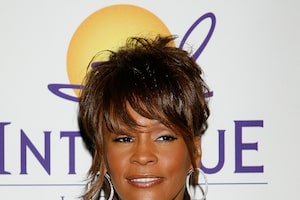 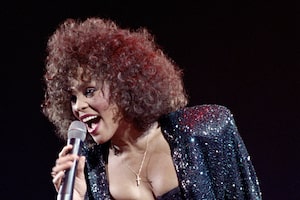